The Member of Parliament for Adansi Asokwa K.T Hammond has called the bluff of the governing National Democratic Congress (NDC) to prosecute him now over the drill ship saga.

Speaking on Accra-based Citi FM he urged members of the NDC to prosecute him now since he enjoys no immunity by the constitution.

“It is the likes of Asiedu Nketia who have pushed Ghana into the problems we’re facing now. If Asiedu Nketia knew the constitution, he would know that his statement about me is worthless.”

“As an MP, I am not protected by any immunity status. Asiedu Nketia and NDC can take me to court.”

His comments follow threats by the NDC to ensure that the former Deputy Energy Minister in the Kufuor government is arrested and prosecuted for his role in the sale of Ghana’s drill ship as soon as he loses his seat.

According to the General Secretary of the party, Johnson Asiedu Nketia, the Member of Parliament for Adansi Asokwa, Kobina Tahiru Hammond, will stand trial if he loses his seat in elections this year.

A government white paper on a report presented by the Judgment Debt Commission directed the Economic and Organised Crimes Office (EOCO) to investigate K.T Hammond on the disbursement of $900,000 from the sale of the drill ship which belonged to the Ghana National Petroleum Corporation (GNPC) .

KT Hammond subsequently sued the government for directing the Economic and Organised Crime Unit (EOCO) to investigate him over the drill ship saga.

But speaking at the launch of an outreach programme for Volta caucus nationwide at Fumso in the Ashanti Region, Mr Asiedu Nketia hinted that government is waiting for Mr Hammond to lose his seat and face the law.

“We now know K.T. Hammond’s smoothness level. So he is about to go on retirement, there is no doubt about that. When he’s on retirement, before he would have his peace of mind to enjoy his retirement, we will invite him to come and show us where the drill ship is,” he said.

“…This year, he would exit Parliament and after that, we would arrest him and question him about the whereabouts of the drill ship,” Asiedu Nketia added.

But K.T Hammond insisted that it will rather be the other way round after the elections.

“Asiedu Nketia will be one of those in court to state the source of funds for the NDC headquarters,” he said. 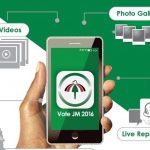