President John Dramani Mahama has called on traditional rulers to bury their differences and live in peace with one another to promote national development.

“We can never develop our communities, if we continue to engage in chieftaincy disputes in our areas,” he said.

President Mahama said these in a speech read on his behalf by the Minister of Lands and Forestry, Nii Osah Mills, at a durbar to climax the week-long celebration of the homogeneous festival in Accra on Saturday. It was held on the theme: “Unity and Development”.

The homogeneous festival, dubbed: “Homofest 2015”, was instituted last year by the Ministry of Tourism, Culture and Creative Arts as part of measures to promote domestic tourism.

It is also aimed at fostering unity among the Ga-Dangbes, while promoting their food, dance and music.

The festival is also part of the ministry’s ‘Explore Ghana’ project, which has the sole objective of promoting domestic tourism.

The President said it was time for the houses of chiefs to put their acts together to project the activities of their respective traditional councils.

He lauded the effective collaboration between the ministries of Local Government and Rural Development, Chieftaincy and Culture and Tourism, Culture and Creative Arts and other institutions in the organisation of Homofest 2015.

He, therefore, called on all to see Homofest as a vehicle for unity and national development.

Mrs Elizabeth Ofosu-Adjare, the Minister for Tourism, Culture and Creative Arts, said the ministry was committed to uphold the cultural identity of the citizenry.

The minister said Homofest was also celebrated to climax the annual celebration of all the festivals of the various traditional areas within the Greater Accra Region.

She said the festival also sought to promote unity and development with emphasis on improving sanitation, investment and job creation, among others.

“It, therefore, forms an integral part of my ministry’s domestic tourism initiative coded, ‘Explore Ghana’ aimed at bringing our people closer to our rich culture, traditions and harnessing the creativity of our citizenry,” she added.

She noted that the country’s culture was showcased in the recent hosting of the United Nations World Tourism Organisation’s conference on branding in Accra, which received international commendation.

Nii Afotey Agbo, the Greater Accra Regional Minister, said there was an urgent need to resolve all chieftaincy disputes in the region to promote peace and unity.

He called on the traditional authorities to unite for peace and development of the various communities in Ga-Dangbe and the country as a whole.

He encouraged all aggrieved parties to settle land disputes through the legal system and desist from the use of land guards. 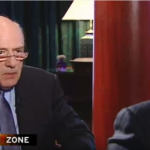