President John Dramani Mahama has admitted that some of the recent strikes witnessed on the labour front in the public sector are justified because there are many bureaucratic processes in getting issues resolved.

He cited the just-ended nurses’ strike as an example, saying that the Human Resource Department of the Ministry of Health (MoH) was queried because of the delay in dealing with the processes to resolve the issue involving the payment of the nurses’ salary arrears.

The President made the admission when he addressed the Western Regional House of Chiefs as part of his four-day visit to the region.

Some members of the house had expressed concern over the spate of strikes and demonstrations in the country and appealed to the President to find a permanent solution to such labour unrests, since they affected economic progress.

Even though workers had rights and often wished to exercise those rights, the President said “it is important for us to interact, so that collectively we do not hold the budget to ransom and disrupt the economy”.

He wondered why, after employing the new nurses and posting them, it took so long to capture their details and furnish the Accountant General’s Department with the details for the nurses to be paid.

He described the situation as sad, noting that the problem could be resolved through the digital platform to ensure that the nurses were posted and paid on time.

The President observed that most often by the time the details were captured at the district level and posted to the regional offices and the Ghana Health Service in Accra for processing, the nurses might have worked for between six and nine months without salary.

To avoid all such bureaucratic tendencies, he said: “I think we can put in a system that resolves this. In the age of information technology, it should be easy to create a computer placement for nurses.”

He assured members of the house that the situation would change, as the Health Minister had been charged to resolve such delays in future.

The acting President of the Western Regional House of Chiefs, Nana Kwesi Agyeman IX, commended the President for his attention to the region.

He expressed appreciation to the government for constructing first-class roads such as the Asankragua-Enchi and the Bogoso-Ayanfuri roads, as well as putting asphalt on Sekondi-Takoradi roads. 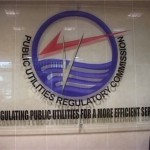