Imagine you’re that guy. A very wild branded musical talent, breaking all the rules and apologizing for none. You’ve done it all from perilously provoking entertainment critics to attacking the media. Hazardous right? Especially that those you’ve peeved are so capable of stampeding your career and bringing your brand to naught.

What are you going to do? How do you protect yourselves from the media missiles that would be created specially to annihilate you? Hire ‘Bulldog’! ….a man with a fierce look and a rare protective shield matching that of a muscular heavy canine.

Awesome right? I know but more amazing is how smart and creative he is. Perfect for the job. But I want to know, how much are you willing to spend on such a character to protect your brand.Think about it whilst we count down the top 5 invoicing details for anyone who wants to work with this multiple award-winning ace talent manager, Lawrence Nana Asiamah Hanson who is also known in showbiz as ‘Bulldog’

Attention is mostly driven by what we see which goes a long way to influence unique love and loyalty for a brand. Entertainers cannot do without amazing design ideas and crazy yet breathtaking creatives. From event posters to music flyers the design must be on point.

Bulldog is a gem when it comes to designs. Being a professional graphic designer and rising to the enviable position of Creative Director for one of the biggest events and media companies in West Africa, Charter House, Bulldog has an inestimable value in the industry. In Africa, he is worth an average salary of $100,000 a year.

Hiring Mr. Asiamah Hanson on a full time basis will cost any celebrity a whopping contract amount of $180,000 for at least 2 years. His experience in graphic design extends to 2D-3D animations and that’s likely to increase the cost value to retain his services. Bulldog’s portfolio ranges from works on many big corporate brands in Ghana ranging from telecommunications, banking and finance and government agencies. He is credited with the creating of amazing brand identities for Ghana Music Awards, Miss Malaika and many others.

Event photos, random shots for social media, professional photo-shoots, and technical assistance during video shoots, editing etc, these are key roles in the development and sustenance of any entertainer’s brand. Currently in Ghana, full day photography service cost between GHC 2,000 – GHC 12,000. However, you can pay around GHC1000 – GHC 6000 for few hours of photography.

For Mr. Asiamah Hanson a.k.a Bulldog, well it will cost you around GHC 2,000 a week to keep him around and take photographs of you when needed. Note however that in such a situation, the celebrity will take care cost of feeding, transportation or leisure. Budget is on the celebrity. Bulldog will just eat and sleep, and then when its time to take some shots, he does it.

Every famous person has one big problem, critics and in Ghana we call them ‘haters’. They virtually police celebrities everywhere just to find faults to complain about. From malfunctioned of wardrobes, make up gone bad, bad red carpet moments, family, dating and sex scandals the suspicious eyes of the showbiz critic is fixated on the celebrity 24/7 waiting to prey on their gaffes.

Critics are vital part of every entertainment industry. However, they can be such a pain. So much that you’ll wish you could just abracadabra them into an endless abyss.

Worse! Ghana has the most ferocious fire breathing entertainment critic caucus in the Africa. They will cross intersect and cleave the very ‘famous’ life out of you. So yes you need a Bulldog package. Critics are simply terror stricken by his presence on TV, radio and on any Facebook post that criticizes his interest.

You don’t need anything else, it’s a complete pack. Just let the showbiz critic caucus know that, Bulldog is now your manager and everyone will automatically like you. Plus it comes with added benefits. For instance, every post you share on social media gets instant ‘zillion’ likes and subsequent shares. For all those celebrities who are being bullied by mean tweets and Facebook post, get a ‘Bulldog’ package. It will only cost you USD 1,000 a month.

It’s very essential to control communication around every artiste. Setting the agenda is prime for a successful show-business in the career of every famous person. You need to employ smart bloggers and journalists who will call the shots via articles and features as well as masterminding successful propaganda machinery.

This is very important in times of legal trials and unfriendly attacks from competing brands. Celebrities are the most combatant people on earth. They compete against each other and with each other. Sometimes it’s strategic, other times it’s pure case of a ‘sucker punch’ that needs to be remedied. Bulldog is very proficient in this role as well.

He writes very persuading articles and has succeeded in calming down responses for contemptuous and inflaming statements from his artistes. Very remarkable with the pen, he writes to the envy of learned journalists with decades of experience. A professional with such rare ability to change perception via writing, a celebrity will have to spend not less than USD 50,000 a year to keep Bulldog as friend.

Celebrities are the easiest targets of attacks of all kinds. From stalking, kidnapping to physical assaults, famous people have invested heavily in their security to prevent any form of harm.

Estimating. Bulldog is a 6foot plus well built man with a heavy–dropping face. I wouldn’t mess with any artiste that walks with such a guy. His presence is enough for a celebrity to feel free and relate in public, which seldom happens to famous people. Getting a friend in such capacity for escort services will cost an artiste about GHC 1000 a day.

So there you have it, exactly how much it will cost you to have Bulldog a.k.a Lawrence Nana Asiamah Hanson to be around you, doing nothing just eats, drinks and sleep.

By: Kelly Nii Lartey Mensah (Tweet at him @KellyMensa) 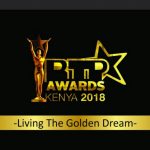 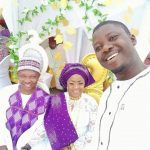