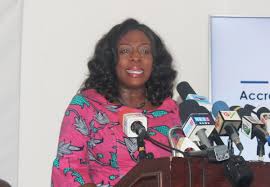 The Federation of Concerned Arts Professionals (FOCAP) has appealed to President Nana Akufo-Addo to bring the Minister for Tourism, Arts and Culture, Catherine Afeku to order.

According to the group, the Tourism Ministry is on a spending spree as its Tourism ambassadors have proposed a ridiculous budget to initiate projects which they believe will help promote tourism in the country.

The chart of projects by the Ministry’s tourism ambassadors is to the tune of a whopping 20 billion cedis which of course appears the ambassadors have devised ways to siphon money all in the name of initiating projects.

In a statement copied to Peacefmonline.com, the group disclosed that “one of the four proposed projects of Okyeame Kwame is to spend over Six Hundred Thousand Ghana Cedis (GH602, 534, 312) old six billion cedis and over to compose music and run a project to promote consumption of cocoa. Coincidentally, a project has just been launched to give one million SHS students free hot chocolate drinks on according to graphic.com.gh. ‘Free hot chocolate drinks for one million SHS students: The national food buffer stock company has announced collaboration with Benjamin’s hot chocolate to launch an initiative to provide one million cups of cocoa drinks to students in second cycle schools…’ FOCAP believes from the above it’s better to give free cocoa to be consumed, for them to acquire the taste for them to buy later.

“Sam Okyere according to the project’s chart, FOCAP has seen wants an amount of One Hundred and Forty Thousand Dollars ($145,770) which translates to about six hundred and thirty eight thousand Ghana cedis (GHC 638,000.00) to organize a Ghana day festival in Korea to attract tourist. What? FOCAP humbly wishes to suggest that the money should be used to help clean the beaches or to clean up some of our historic hotels which are crumbling. The best way FOCAP believes to improve the tourism sector is testimonies from tourists who have been to the country before. Currently, our beaches are in a poor state and not up to standard”.

The group also revealed that “actress Yvonne Nelson also requested One Hundred Thousand Ghana Cedis (GHC 100,000) old one billion cedis to produce ten videos, one for each of the 10 regions. FOCAP believes it would be a good project but the Minister Hon. Catherine Afeku stated categorically at the Meet the Press that they have inked a deal with Cable News Network (CNN) and in a few weeks, a crew of 14 members are coming to Ghana to shoot video documentaries of our tourist sites to be shown on CNN. With this information, FOCAP is asking why the Ministry wants to willfully cause financial loss to the State by this multiplicity of same service?

Furthermore, it is known that “musician Okyeame Kwame again according to the chart of projects wants over Three Hundred and Eighty Thousand Ghana Cedis (GHC 387,000) which is old three billion, eight hundred thousand cedis to embark on social media campaign to increase tourist visiting Ghana. We believe this amount of money would serve a bigger and better purpose when invested into HOTCATT to build the capacity of service providers in the sector to improve customer care for referrals and word of mouth. Kwame Afrifa Mensah also requested for GHC 197,000.00 to have a brass band festival. Wow! FOCAP humbly requests that this be looked into critically”, the statement further disclosed.

FOCAP is also appealing to the Finance Minister Ken Ofori Atta to review these amounts and ensure financial coffer of the State is not ripped by the Tourism Ministry. 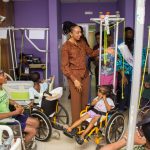 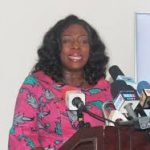