The flagbearer of the New Patriotic Party (NPP), Nana Addo Akufo-Addo, has added his voice to calls demanding justice for the killing of the late J.B. Danquah Adu, Member of Parliament (MP) for Abuakwa North.

“This is a tragedy and I’m hoping that the police will do a good job to find who is responsible and allow the law to take its course. It will be good for all of us if those responsible for this crime are caught,” the leader of the biggest opposition party in the country told journalists on Tuesday 9 February, 2016.

Earlier, the acting chairman of the NPP, Freddie Blay also called on the police to expedite investigations into the circumstances under which the MP was slain.

At a press conference at the party’s headquarters in Accra on Tuesday, Mr Blay said the NPP was extending its deepest condolences to the family.

According to him, “What we have heard about the death is that there is some foul play suspected. We do not know the full facts as of now and will not indulge in speculation.”

Mr Blay called on the police to speed up investigations on similar suspected murders that had occurred in the past three years.

The acting chairman also said that the “leadership of the NPP party is calling on all party faithful to remain calm, steadfast, and mourn together with families over their departed brothers with dignity at this moment of shock and grief”.

He also directed members of the party to ensure that flags in all the party’s offices across the country fly at half-mast in memory of the passing of party officials in the past week. 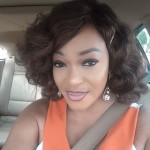