A full panel of Nigeria’s Supreme Court of Nigeria sitting in Abuja, on Friday, sacked the senators and members of the House of Representatives from Anambra State.

Former Senator Annie Okonkwo is in line to represent the PDP in a forthcoming election to fill a senatorial seat held by Uche Ekwunife who was sacked last December by the Court of Appeal.

Today’s ruling by the Supreme Court upheld an earlier decision by Justice Chukwu of the Federal High Court laying out the proper procedures for selection of the PDP’s legislative candidates.

In December 2014, the Federal High Court had ruled that it was only the constitutionally recognized state party leadership led by Ejike Oguebego that could organize the party primaries.

The Supreme Court’s ruling today, reaffirmed the High Court’s verdict, declaring that the Ejike Oguebego-led PDP executive had the sole right to hold the primaries in Anambra State. 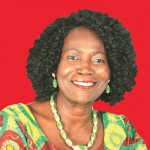