Opposition vigilante group, Bolgatanga Bulldogs (BB), has issued a stern warning to the New Patriotic Party (NPP), asking it not to dare suspend the party’s National Chairman, Mr. Paul Afoko, since the consequences of that action will be dire for the party’s fortunes in 2016.

The group, which is said to be the brain child of the embattled national chairman, was not happy at a purported letter signed by five members of the NPP Council of Elders which accused Mr. Paul Afoko of breaching the party’s constitution.

That letter subsequently recommended Mr. Afoko’s suspension as National Chairman till after the 2016 elections.

But the Bolgatanga Bulldogs said that move could affect the chances of NPP, especially in the three northern parts of Ghana where Mr. Afoko is hugely popular and commands a lot of respect.

The group issued a warning statement yesterday, entitled “touch not my anointed, suspend Chairman Paul Afoko and forget about the three northern regions in 2016.”

In a subsequent interview on Accra-based Radio Gold, contingent Commander for the Bolgatanga Bulldogs, Mr. Reginald Yussif Ayikambe, said since the election of Mr. Paul Afoko during the NPP’s congress in 2014, he had known no peace with the situation getting worse after the Talensi by-election.

Mr. Ayikambe averred that in the midst of the confusion, only last week, the 2016 flag-bearer, Nana Addo Dankwa Akufo-Addo, called for cessation of hostilities.

He said they were therefore surprised to hear that NPP Council of Elders wrote a letter calling for Mr. Afoko to be suspended from office.

He questioned whether the Council of Elders solicited the opinions of party members and support in the three northern parts before arriving at the decision to suspend the national chairman, adding that the people in the north were not enthused at the development.

He also questioned whether Chairman Afoko was the only party member who discussed party issues in the media, pointing out that it was unfair to single out the chairman.

“People do a lot of things for the party, them no talk, them keep quiet dey watch them. Because they no love Paul Afoko to lead our party, he alone them say make e stay away” Contingent Commander, Ayikambe, asserted in Pidgin English.

He said the group wanted the party hierarchy in Accra to understand that “the thing dem want do, ego bring wahala for north”-to wit –their action would have serious repercussions for the party in the northern parts of Ghana.

He indicated that NPP was playing second fiddle to the ruling National Democratic Congress (NDC) in the Upper East ,Upper West and Northern regions and that the suspension of Mr. Afoko, who is a son of the north will further dwindle the fortunes of NPP in the area.
He maintained that already NPP was accused of being anti-north and now they wanted to remove a “northern brother.”

That, he indicated, would not bode well for the opposition party.

“The party go spoil for north, dem no stop a, the thing wey e go happen for north…,” he stated still in pidgin English.

The Bolga Bulldogs commander said the call for Mr. Afoko’s suspension was just a ruse since the real intention was to depose him from office.

He alleged that “at present, nothing passes through the chairman’s office including funds because he has been deliberately sidelined.”

He further alleged that 3 million Ghana Cedis of party funds had been expended by some persons in the party without the knowledge of the chairman and the General Secretary, Mr. Kwabena Agyepong.

He disclosed that due to the ongoing wrangling, Mr. Afoko has cut the number of hours he spends in office.

But he said prior to the death of Chairman Adam, the Upper East regional NPP Chairman, the beleaguered Mr. Paul Afoko used to close from office late sometimes after 6:00 PM.

However, since the acid attack and subsequent death, he now closes at 4:00 P.M., because of fear of reprisal attacks.

It would be recalled that the NPP Council of Elders last week stated at a meeting on the 30th of July 2015 on the need to keep party matters away from the media.

“It therefore came as a shock to our teeming supporters, NEC and the National Council of Elders to read in the dailies…a statement from one Mr. Nana Yaw Osei who described himself as the spokesperson of the National Chairman of the NPP, Mr. Paul Afoko, about fighting corruption at all levels in the party.

This was immediately followed by one Mr. Baah Acheamfour who proceeded to make a complaint to the police of the conduct of Afoko and his alleged spokesperson which he described as gross and flagrant violation of Article 3d (VIII) of the NPP’s constitution under duties of a member which state that a member shall not initiate commence or prosecute any legal proceedings whatsoever against the party or any member of the party relating to party affairs without first exhausting the grievance procedure laid down in the constitution in respect of grievances against the party or any other members,” the letter said.

The Council was of the view that the action of the chairman has affected the image of the party negatively creating panic and disaffection, especially leading up to the 2016 elections.

And in order to bring peace and tranquility in the party so it could focus on the 2016 elections the National Council of Elders “recommended that a “thorough investigation be conducted into the constitutional breaches of Mr. Afoko.

It also wanted “appropriate recommendations to promote discipline, peace, order harmony and progress in the party towards election 2016 and “at least a suspension of Chairman Afoko until after the 2016 elections.” 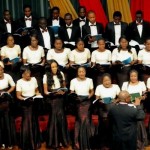 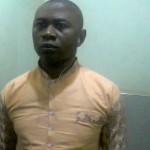