The presence of armed operatives of the Bureau of National Investigations (BNI) during Sunday church service hours at the Dome Perez Chapel International in Dzorwulu in Accra in recent times is causing anxiety among church members, people familiar with the matter told Today.

Though church members have not been told reasons for the frequent presence of BNI operatives at the church, everything points to the fact that the former Chief Executive Officer of the National Health Insurance Authority (NHIA), Mr. Sylvester Mensah aka (Sly), is being trailed by the BNI.

Mr. Mensah is currently being investigated in connection with alleged financial malfeasance at the NHIA during his tenure as the head of the Authority.

According to sources, the pursuit begun last week Sunday, January 17, 2016 when six armed operatives stormed the churchyard whiles service was ongoing ostensibly to keep an eye on the former NHIA boss at the time he and his family were in the congregation observing service.

According to an eyewitness account, immediately the leader and elders of the church got wind of the presence of the agents of the national investigative body, they quickly directed a protocol officer of the church to engage the BNI operatives outside of the church premises

And after five minutes of interaction the BNI operatives left the place hoping not to be seen again, at least, that was what the church members thought, but that was not the case.

They reportedly took positions at the two exits to the church building.

The situation was said to have caused fear and panic among members of the congregation who were inside the church.

Their fear, the source added, was compounded by the lack of information from the operatives as well as the church leaders about what was causing the BNI to frequent the church on Sundays, which is the only day Mr. Mensah visits the Perez Dome.

It will be recalled that Mr. Mensah was detained at the BNI headquarters in Accra on January 1 2016, after he turned himself in.

Prior to this, BNI personnel had gone to his residence at La Chardo near the International Trade Fair Centre on 31st December night 2015 to effect his arrest only to be told that he was not at home.

The operatives subsequently searched the residence and allegedly manhandled a security man at the house.

The Financial and Economic Court issued the freeze order after the Financial Intelligence Centre (FIC) made an ex-parte application praying for the order. 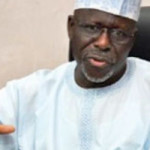