Ghana’s crack Bureau of National Investigations (BNI) has presented a comprehensive proposal to Parliament for a codified conditions of service.

Per the document which is not in the public domain yet, the counter intelligence body is demanding for improved service condition and laid down code of conduct.

Parliamentarians have confirmed receipt of the document which is expected to mature in 21 sitting days when the House reconvenes.

“I’m sure the BNI will be the best institution to answer this question because they have come to Parliament seeking to get approval after 21 sitting days after it is laid, unless it is annulled by two-thirds of MPs they have a regulation and we have to submit a report to Parliament,” the chairman of the Subsidiary Legislation Committee in Parliament Osei Bonsu Amoah told Accra-based Joy FM on Tuesday.

“We are convinced that the regulations are necessary. Don’t forget the Police Service has a regulation, the Prisons Service are preparing theirs and have reached advanced stage and the BNI thinks they have to bring theirs.”

He added: “It’s about their welfare, their conditions of service, discipline in the institution and their code of conduct and how they go on retirement… I think it is in order.”

“They have also spelt out the grounds for recruitment and dismissal and terms of conditions of service. It is good for the country and the service…,” the lawmaker added. 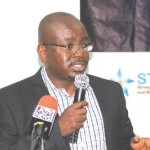