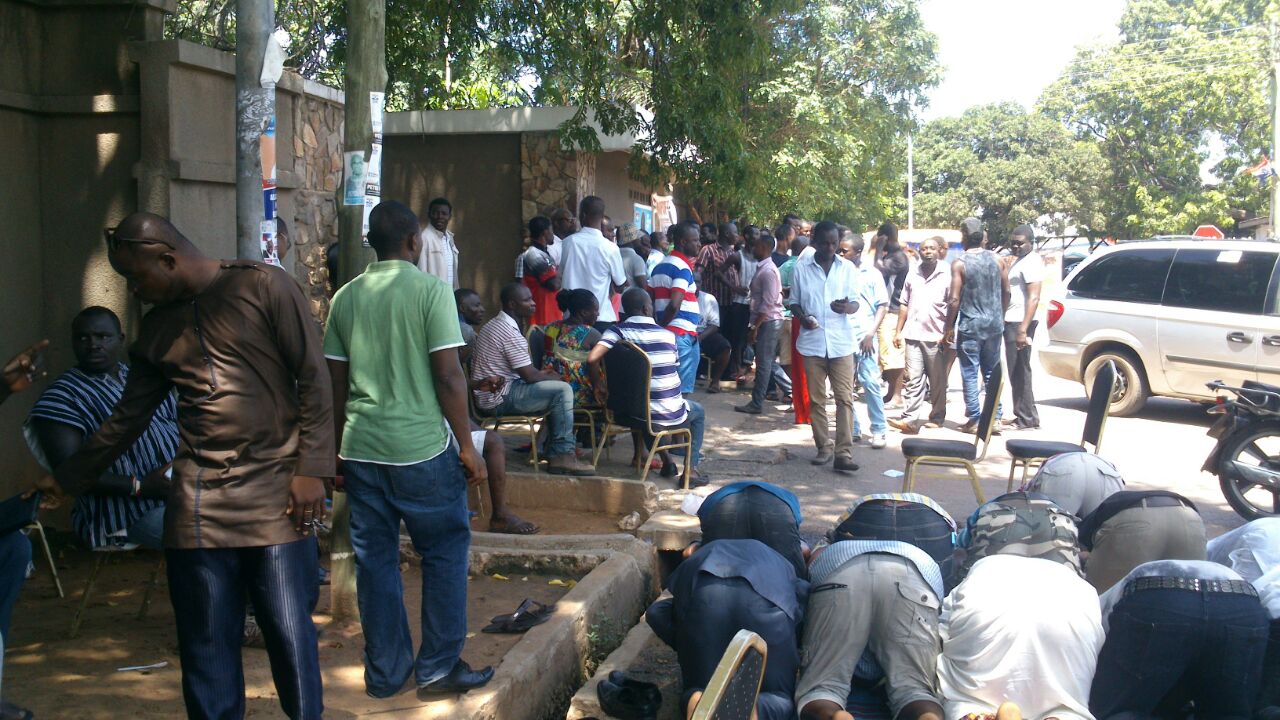 Agents of candidates vying for constituency executive positions in the Manhyia North constituency in the Ashanti Region were exchanged blows when some delegates turned up to cast their vote in the polls held on Saturday, June 18.

According to some of the agents, those delegates were not qualified to vote because they were not able to complete elections held at their various polling stations.

The opposing delegates have cited a polling station called Eddy Kay where the elections were marred by violence after some ‘macho men’ stormed the area, fired gunshots, and bolted with ballot boxes.

Delegates from the Eddy Kay polling station, whose names were added to the current album used for the elections, were prevented from voting. This did not go down with other agents, resulting in fisticuffs.