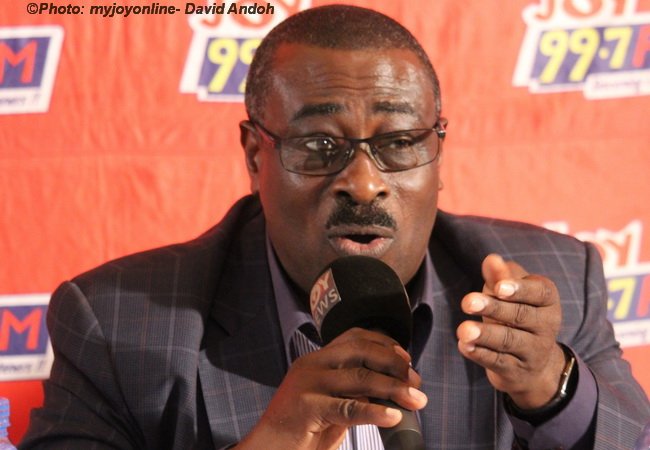 Leadership Coach and former Chief Operations Officer of the UT Group, Captain Budu Koomson (Rtd), has blamed the increasing criminal activities within political parties on the failure of the police to arrest and prosecute perpetrators.

He believes the police does not attach much importance to such issues.

He was commenting on the recent challenges and infighting in the New Patriotic Party (NPP) that has led to the death of some members.

A member of the party, Abubakar Saddiq, was stabbed to death on Friday in the Asawase constituency in the Ashanti Region for allegedly threatening to beat up the constituency Chairman because he allegedly made some comments against the party’s flagbearer, Nana Akufo-Addo.

This comes after the death of the party’s Upper East Regional Chairman, Adams Mahama, who died after acid was poured on him by a supposed party member.

Speaking on Citi FM’s news analysis and current affairs programme, The Big Issue, Captain Budu Koomson (Rtd) said such issues would not be recurrent if perpetrators, irrespective of their political affiliations, were arrested and prosecuted.

“It is like once you get into politics, you throw discipline to the dogs, you are not under any law, you can do anything you want as a politician and it is that character that is going through…There are structures, party structures, legal structures but because you are in politics, the people who are actually activating the political system, they think that once I am in politics; I can push discipline and the law to the side and the policeman cannot even do anything to me,” he lamented.

“They murder people and the police watch, they plan anarchy and the police look on. Why?… Because as soon as they [politicians] cover everything with I am party A or party B, they [police] seem to have a tendency to shy away from them and let the thing die under politics. How many instances of criminal violence or incidents under the guise of politics have actually been investigated and individuals incarcerated or punished and then openly declared so that everybody sees it as a deterrent? As soon as you go and say because I am NDC or NPP I am being victimized, it looks like the case dies,” he noted.