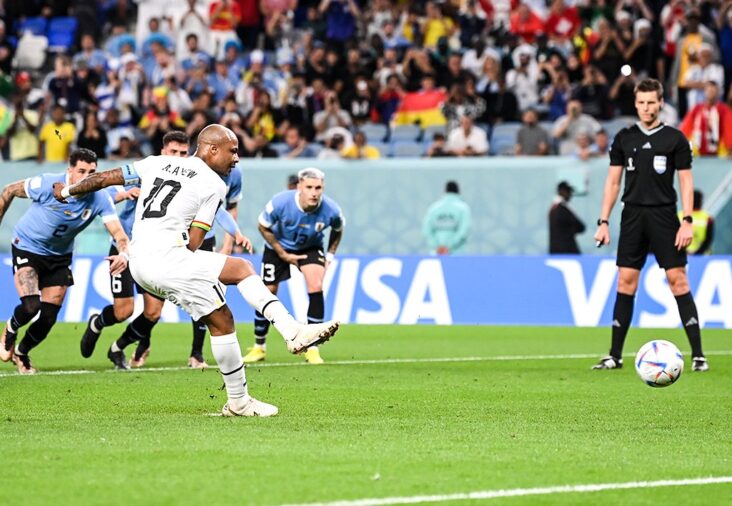 The Black Stars exited the 2022 World Cup at the group stage on Friday after suffering a 2-0 loss to Uruguay in their final Group H game.

Two goals from Giorgian de Arrascaeta and an inspired performance from Ghana’s old enemy, Luis Suárez, saw Uruguay pick up the win but crash out of the group after South Korea beat Portugal.

The Black Stars will rue their missed chances, including Andre Ayew’s missed penalty, with the game still goalless.

Ghana failed to make it to the knockout stage for the second straight tournament, but with a better record than Brazil 2014, where they failed to win a single game.

Prior to the start of the tournament, not many expected Otto Addo’s side to make it out of a group that included Portugal, South Korea and the Uruguayans.

However, a decent performance against Portugal and a win over South Korea left the Black Stars in a dream position ahead of their encounter with old foes Uruguay.

Needing to avoid defeat against Uruguay and at least match South Korea’s result against Portugal to make it through to the Round of 16, the Stars were handed a huge opportunity when Kudus Mohammed was brought down in the box.

After a VAR check, the referee awarded the penalty, but Andre Ayew’s weak effort was saved by goalkeeper, Sergio Rochet.

Portugal had taken the lead against South Korea in the other game, leaving the Black Stars needing only a point to qualify.

Disaster struck, however, when de Arrascaeta put the Uruguayans ahead.

South Korea also found an equaliser against Portugal; two scorelines which would see both Portugal and Uruguay go through.

Ghana’s task was made even more difficult when de Arrascaeta scored a second, assisted by Luis Suárez.

The Black Stars now needed two goals, a task that seemed thankless as the players made their way off the pitch at half-time.

At the beginning of the second half, the Ayew brothers were replaced by Kamaldeen Sulemana and Osman Bukari who added some bite to the Ghanaian attack.

Kudus Mohammed almost pulled one back for Ghana, but could not get on the end of a driven ball into the box despite his desperate slide.

The Uruguayans came close to adding to their lead a couple of times, but things were largely comfortable for the South Americans until South Korea took the lead against Portugal.

The results mean South Korea go through, along with the group winners, Portugal.

For the Black Stars, this will be seen as an opportunity missed after their hard work in the first two games.

However, the team will certainly be buoyed by improved performances and increased belief from the Ghanaian public as they turn focus to the next AFCON and qualification for the 2026 World Cup. 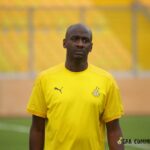 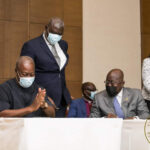