ABA—Movement for the Actualization of Sovereign States of Biafra, MASSOB, yesterday, said it would open liaison offices in the South East and Niger Delta areas which it described as territories of Biafra.

Addressing more than 3,000 members of the group during a sensitization tour of Aba region, Abia State, Leader of MASSOB, Chief Solomon Chukwu, who noted that MASSOB was founded in Aba from where it spread to other cities, said the opening of liaison offices would help coordinate its activities and spread the gospel of non violence in the struggle for the actualization of an independent state of Biafra. He contended that the reception he got during his visits to Ogoni, Ugep, Uyo, Ogoja, Warri, Ikom, Aba, among others, had assured him that the people of the former Eastern region were united in the agitation to actualize Biafra.

According to him, “We are opening liaison offices in all cities, regions and states of the Biafran territory. We need to acquaint MASSOB members with what we are doing, we don’t want violence. We don’t want to lose anybody or shed blood in the name of Biafra. We have fought civil war and many people died; but in this era, we will achieve Biafra through non violence. What we are doing now is to continue to state our complaints to the European Union, African Union and other international unions. We need freedom. Some of them have said a referendum should be conducted in Nigeria, but we know that those who have been sabotaging Biafra are still at work. We won’t be deterred because Biafra is at hand. I’m happy the people of the former Eastern region now understand themselves and are working together to actualize Biafra.

“Those who collect money to sabotage Biafra know themselves. They will soon cover their faces in shame. It is like that in every struggle for freedom and liberation worldwide. The Governors, Senators, Representatives and other political leaders of South East and South-South origin are feeding from the Nigerian government and cannot work against it. But we, the people at the grassroots; the owners of Biafra, we want freedom.”

Earlier, the National Director of Information, MASSOB, Chief Sunny Okereafor, while reacting to an allegation by the Uchenna Madu faction that Chief Ralph Uwazuruike, was planning to attack MASSOB headquarters in Okwe, Onuimo council area of Imo State, dismissed the report as false stories being spread by expelled members and warned them to stop using the name of the organization. 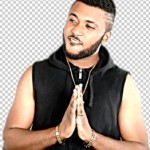