At the time of writing this essay, Nigeria has lost 44 of her citizens to the dreaded Lassa Fever which like the equally dreaded Ebola Virus Disease is a haemorrhagic fever that spreads easily from one person to another even at the slightest of contacts. The two diseases need a comprehensive action plan involving the people and relevant agencies, local and international, as led and mobilised by government who deploys all resources necessary, be it human, cash and material, to tackle the menace headlong before it ravages the citizenry. That the disease has claimed 44 lives already within a short period of time shows how deadly it can be.

The Ebola virus which caused a worldwide stir in 2014 and claimed about 11, 000 lives in West Africa alone when the epidemic occurred that year, can be considered to be more fearsome because of the number of casualties it claims per occurrence and its rapid spread to even Europe and the US which also lost some seven citizens together in the outbreak.

However, with all its threats and spread; with all its fame for defying medicine, the then government of Presdient Goodluck Ebele Jonathan rose up to the occasion and confronted that monster with total commitment and vigour, mobilising government agencies, personnel and other resources; sensitising schools, offices, churches/mosques etc while equipping hospitals and other public places with anti-Ebola kits and releasing the sum of N200million each to Lagos and Rivers States which had reported cases of the disease then despite the states being led by APC, the then opposition party, the disease could not do much damage to Nigeria contrary to genuine fears and worry expressed by the international community then.

Although outbreak of the disease was reported in West Africa, precisely Guinea, in March 2014, it did not give the world much concern until it was brought into Nigeria by a Liberian diplomat, Patrick Sawyer. The moment the Ebola disease found its way into Nigeria, the alarm bell was rung all over the world because of Nigeria’s population and her lack of expertise to handle such an outbreak. However, with President Jonathan’s commitment, drive and patriotic approach to the fight against the disease, Nigeria managed to still eventually lose seven of her dear citizens while Europe lost three and the US lost 4. However, Liberia has lost 4,809, Guinea lost 2,536 and Sierra Leone lost 3,955.

Even the World Health Organisation (WHO) commended “…the Nigerian Government’s strong leadership and effective coordination of the response that included the rapid establishment of an Emergency Operations Centre…  strong public awareness campaigns, teamed with early engagement of traditional, religious and community leaders, also played a key role in successful containment of this outbreak”, hence, Nigeria was declared Ebola-free on October 20, 2014, exactly just three months after the first reported case. Thereafter, Nigeria had the luxury of even sending health workers to other sister African nations affected by the disease to assist them combat it.

Furthermore, the WHO Country Director in Abuja, Dr. Rui Gama Vaz, described Nigeria’s exemplary handling of the outbreak as a “spectacular success story.” It was, indeed, a commendable achievement.

In spite of all these achievements and accolades poured on Nigeria then for this rare feat, the All Progressives Congress (APC), the then major opposition party, tried several times to politicise the issue and distract the Jonathan administration from focusing on tackling the disease headlong so they could use it as one of their campaign issues against the then president, an issue which resulted in the PDP and Jonathan chiding the APC on different occasions for politicising what would have been a national disaster on all citizens irrespective of party affiliation, ethnic background or religious leaning but for government efforts.

Fast forward to 2016, and with the outbreak of the Lassa Fever which was officially declared by the federal government in January 2016, despite the Minister of Health saying it has been with us for 6 weeks (as at 8th of January, 2016), yet, the Lassa fever has killed 44 Nigerians as at January 18, and distracted by the so-called corruption cases deliberately churned up by the authorities as a decoy to parry the attention of Nigerians from other urgent national matters, Nigerians do not seem to be asking questions as to why the high fatalities within such a short period of time. With the death toll of Lassa fever reaching 44 and the possibility of it climbing higher, one can only thank God that Buhari and his party, APC, were not in power when Nigeria and indeed West Africa suffered the Ebola outbreak. It would have been a monumental disaster.

It is sickening, smacks of gross incompetence and a display of high level of crass irresponsibility on the part of our government of the day to be talking about setting up a National Action Committee to tackle the outbreak nearly three weeks after its emergence was officially declared. The Action Committee would be inaugurated at an Emergency National Council on Health meeting. The question is, what is “emergency” about calling a council meeting over a disease that has been allowed to ravage citizens for so long? Why did it have to take the intervention of the Senate via its committee on health for the Buhari administration to be talking of a council meeting to tackle the fever? Why did we have to wait for 44 of our citizens to die before action is being taken? Under Jonathan, Ebola could only spread to three states of Lagos, Enugu and Rivers before it was effectively contained. Why did we have to now wait for this Lassa fever to spread to 10 states before waking up from our slumber?

When compared to the progress made under the Jonathan administration and the commendations the country received from all over the world with regard to the dogged fight put up against Ebola disease, one would have thought that Nigeria should only improve on that in tackling any disease of similar trait. But with the Lassa fever saga, it has become obvious, and another incontrovertible proof that the “Change” promised Nigerians during the campaigns is nothing but a change for the worse.

Lastly, in the interest of the nation and fellow citizens, I will advise the Buhari administration and the APC to eat the humble pie and approach the PDP for advice on how best to tackle this latest disease before it ravages all of us, and as a responsible and patriotic party, I will also strongly advise the PDP not to withhold any information and or resources from APC when they are approached for advice and expertise. This country belongs to all of us and we must see to it that our citizens are defended stoutly against any disease, no matter how deadly! 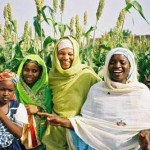