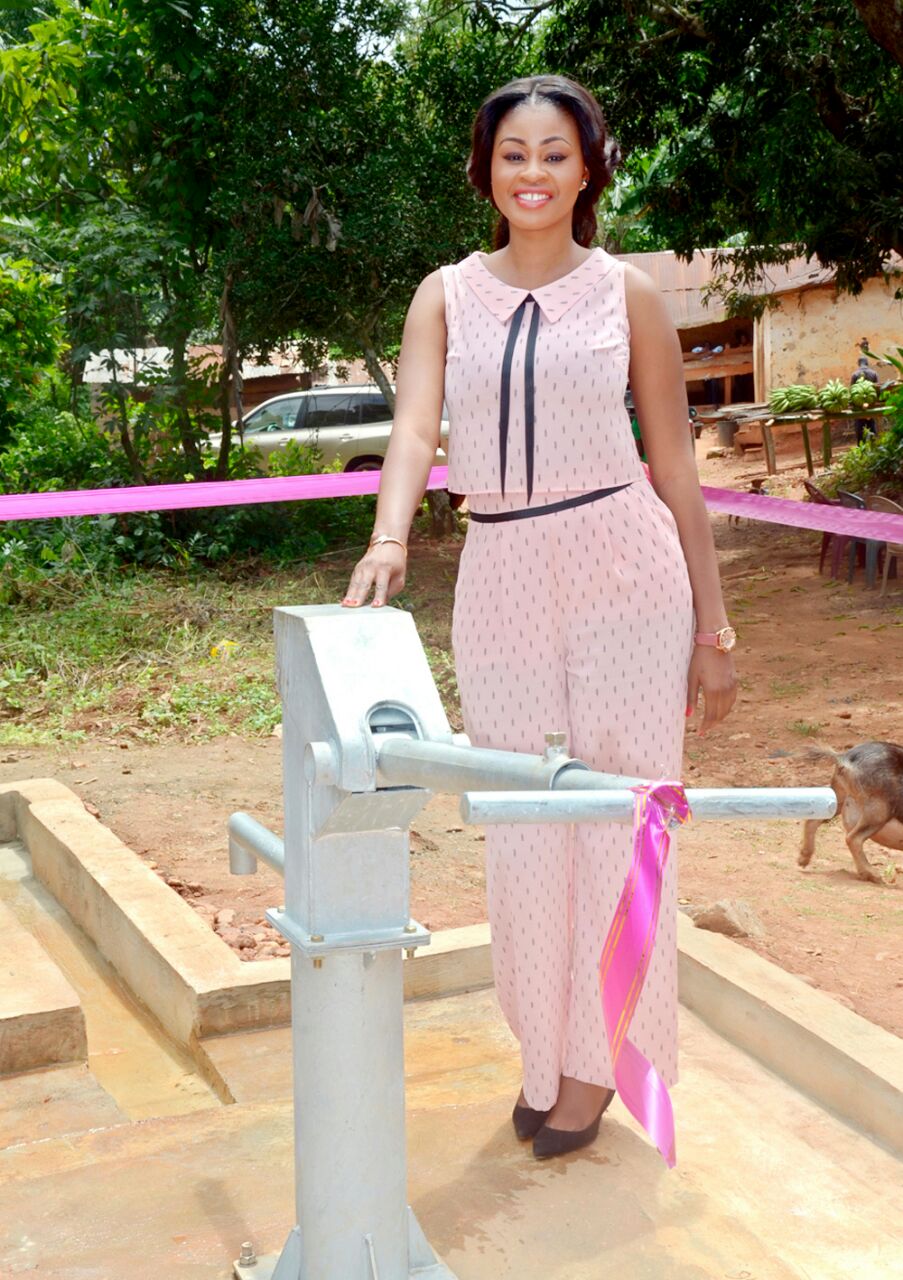 The 2nd Runner-up of the Ghana’s Most Beautiful Pageant – 2014, Nana Ama Odame-Okyere has made a case for citizen involvement in the provision of social amenities. She made this call when her organization, the Ama Odame-Okyere (AOO) Foundation cut the sod to commission a borehole in Praprababida, a village in the Eastern Region.

Ama Odame-Okyere mentioned that upon seeing a news item on the plight of the community, aired on UTV, she was touched and that resulted in the intervention of her Foundation. She seized the opportunity to call on corporate Ghana to invest in the lives of the rural folks. She also mentioned the resolve of the AOO in giving meaning to life, and demonstrating the excellence of humanity.

The people of the community expressed great joy for the relieve the AOO Foundation has brought to their lives. They promised to make judicious use of the facility for themselves, and posterity.

Present at the ceremony were some partners, family and friends of the AOO Foundation as well as chiefs and Queen mothers of the Praprababida community.