The Finance Minister just read the 2019 budget and as usual claimed credit for everything positive about the economy.

The IMF, the world bank and other global bodies projected in 2015/16 that the Ghanaian economy will grow by 8%+ because of investments made in the oil and gas sectors by the Mahama administration and certain tough measures it took as part of its disciplinary measures. Of course, reaching this milestone is a result of cumulative efforts of many governments, but I don’t expect a propaganda obsessed government to behave graciously.

Sadly, human capital development is not a priority for this current administration. For example Public investment in education. We cannot let embellished headlines lull us into a false sense of security. We must seek the truth, acknowledge our immense challenges and work hard to reform key areas that can contribute to shared socio-economic progress.

In the real world, nominal growth matters much more than inflation adjusted growth. To a firm’s revenue, whether from realizations from current sales or projections for the future, cash flow and investment, real growth hardly matters. Nominal growth matters for the government too because tax revenue also are affected by deflation. The sharp decline in tax collection gave this away, but President Akufo Addo and his cousin, the Finance Minister are not ones to be bothered with such niceties and accuracy. To them it is all about creating a spin and sustaining it. The truth is that falling revenue via-a-vis the one district one factory, one village one dam and one constituency $1m has began to impact job creation and the mood of gloom and doom has began to infect the public mind. The government’s penchant for propaganda is not harmless- excessive focus on GDP without unpacking the internal dynamics of the economy is the cause of the disappointment we see on the faces of Ghanaians and the complacency being exhibited by the President and his team.

Ghana must focus far more on institutional development and investing in human capital- in public education and health. Such interventions are likely to yield superior returns to the status quo and help our people sustain themselves with a degree of comfort and dignity,even as we try to converge with income levels of other countries. Ghana was rated the best in terms of human development index during the Mahama administration because of the administration’s achievements in the education and health sectors.

If the President and his economic management team don’t embrace reality, then reality will catch up with them. The tale of King Canute is a good lesson for the President. Canute set his throne by the seashore and commanded the incoming tide to halt and not wet his feet and robes. Yet continuing to rise as usual, the tide dashed over his feet and legs without respect to his royal person. Then the king leapt backward , saying “let all men know how empty and worthless of the name, but he whom heaven, earth, and sea obey by external laws” He then hung his gold crown on a crucifix and never wore it again”to the honor of God the Almighty King”

Like the sea, the economy cannot be ordered about as being done the current managers of the economy. Any artificial stopping of the rising water requires long-term and carefully constructed plans for dikes, seawalls and water concourses. This requires a time frame these managers do not have the luxury of enjoying. So they create illusions that they deceptively sell to the Ghanaian voter. The President himself is the master of illusion. One of the first economic policy decisions of the Akufo Addo government was to change the base years and method of calculating gross domestic product (GDP). Not that this has not been done before. But to it soon after taking over suggest malice afterthought. The President and his team have began feeling the real heat. The emerging pressure emanating from the various Labour organizations, figures coming from some independent rating agencies, drop in projected figures, inability of government to fulfill its statutory commitments clearly show that the prevailing economic situation clearly expose the lies and inaccuracies captured in government books. Capital expenditure has dropped affecting the economy.

Government has disappointed investors by failing to keep the cedi at where the previous administration left it or, make it more stronger. Businesses are collapsing because of the Cedi’s frequent decline in strength. The cedi was the second best performing currency in the Sub region under the previous administration. It has been West Africa’s worst performing currency this year. Financial analysts said Ghana is clearly walking on tightrope now with the double whammy of higher oil prices, goods and services prices skyrocketing regime and falling cedi. The government’s complicated tax regime is taking money out of the market collapsing businesses, and causing huge job losses. President Akufo Addo’s drum beaters are back playing their usual game. They struggling to polish the ugly face of the situation with colours and designs but the gravity of the situation makes that move very difficult. The Finance Minister only repeated what he told us in his previous budget presentations in his 2019 Budget. The budget is very quiet on measures designed to take Ghanaians out of the current economic hardship they going through. 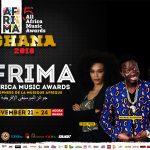