THE rerun governorship election in Southern Ijaw Local Council and in 101 polling units across six other local councils of Bayelsa State will no doubt determine who occupies the Creek Haven, the state seat of power in the next four years. It is a contest the ruling Peoples Democratic Party, PDP and its main rival, the All Progressive Congress, APC cannot toy with. While the PDP is confident of emerging victorious due to its lead in six of the seven councils result so far released, the APC is banking on the Southern Ijaw council area vote to upstage the ruling party. This is perhaps the only election in the history of the state that is being fiercely contested aside that of 1999. Other elections in the state had started and ended more in the ‘board room’ and than at the polling booths. It is the expectation of Bayelsans that this time around election materials will get to the various units across the council area as against the botched December exercise where materials and electoral officials were hijacked by political thugs.

An exercise that was supposed to be civic and civil turned out to be a bloody war of attrition, territorial conquest and supremacy. So far, the campaigns have been laden with hate speeches, mudslinging and acrimonious attacks on supporters and bill boards of rival parties, heightening fears that it may not be a rancour free exercise.

While the PDP is confident of having the day due to its lead the APC is also confident of having the last laugh, describing the council areas its stronghold ostensibly because its running mate, Elder Wilberforce Igiri and the state APC Chairman, Tiwei Orunimighe, are from the area. However, it would be illogical and misleading for any of the two leading political parties to claim Southern Ijaw as its stronghold because the PDP and APC have strong presence and supporters there.

The running mate to the APC governorship candidate Elder Wilberforce Igiri and the state party chairman Chief Tiwei Orunimighe are from the council area. Others include former secretary to the state government, Gideon Ekeuwei, ex-agitators – Eris Paul aka Gen Ogunboss, Africanus Ukparasia aka Gen Africa.

The PDP also boasts of some top politicians including the Speaker, Benson Konbowei and three other members of the state House of Assembly. Southern Ijaw has four state constituencies and one federal constituency which are currently occupied by the PDP.

The first executive civilian governor of Bayelsa state and Governor General of the Ijaw Nation, Late Chief Diepreye Alamieyeseigha was also a staunch PDP chieftain whose political structures are still alive and afoot in the area. The PDP also has Chief Patrick Osunu, a former chairman of the council area. There is also Steven Diver also a former chairman of the council area, Ezekiel Youngbo, a former chairman of the defunct Ogboin North council and several other political appointees whose influence in their respective communities cannot be ruled out. Also, there are some ex agitators rooting for Dickson’s return such as Joshua Maciver and Pastor Reuben Wilson among others.

There is also the incumbent chairman of the council area, Remember Ogbe who before now was the state coordinator of the Millennium Development Goal (MDG) Scheme. He was rumoured to have fallen out with the governor, a claim that was rubbished when he appeared at the governor’s world press briefing and dismissed the claim as the handiwork of the opposition.

If the people of Southern Ijaw were to cast their votes on the basis of performance, Dickson would have gotten it, due to his resuscitation of Central senatorial road project designed to link the predominantly riverine council to mainland Yenagoa. Already, the road project has reached Ayama in Southern Ijaw before it was stalled due to dwindling allocation accruing to the state from the federation account.

But the complaint is that the governor is not paying as much attention to stomach ‘infrastructure’. The governor has also been criticized for not giving more jobs to indigenous contractors. However, Dickson has said that he does not want to compromise on the quality of jobs. Thus, Dickson has been banking on his performance to return to the Government House.

Also Dickson community to community meet the people tour may turn out to be the game changer for the ruling party as the tour afforded the governor the opportunity to interface with the communities in all the nooks and crannies of the council to sell his agenda to the locals The APC may have captured power at the federal level but the PDP remains a formidable party in the state where money, to a large extent, plays a major role in swaying the vote. 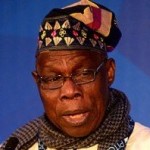