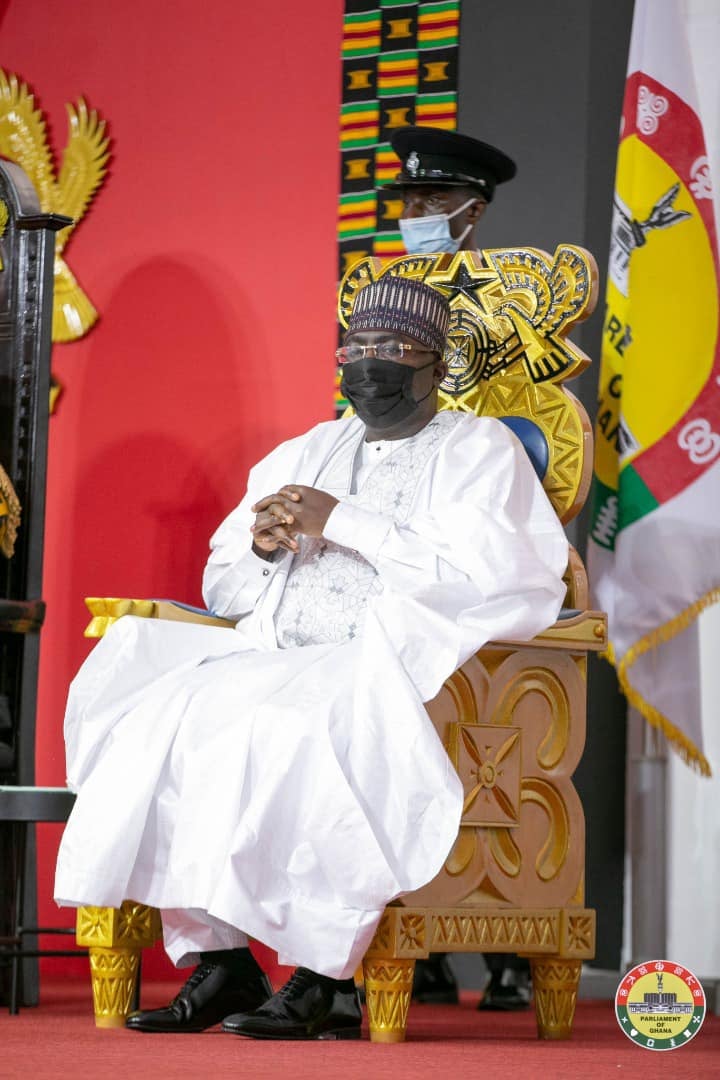 Dr. Alhaji Mahamudu Bawumia has been sworn-in as the Vice President of the Republic of God.

Clothed in all-white overall apparel, popularly known as “Agbada”, he took the oath of allegiance and oath of office administered by the Chief Justice, Justice Anin-Yeboah.

He subsequently signed the oath book to confirm his dedication to the service of the country for the next four years.

Dr. Bawumia, a banker, economist, and a former Deputy Governor of the Bank of Ghana, will be serving his second term as Vice President.

THE OATH OF ALLEGIANCE

THE OATH OF THE VICE-PRESIDENT

“I further (solemnly swear) (solemnly affirm) that should I at any time break this oath of office, I shall submit myself to the laws of the Republic of Ghana and suffer the penalty for it. (So help me God).”

‘About the Vice President’

57-year-old Bawumiah is the son of Alhaji Mumuni Bawumia, lawyer and politician, a Mamprugu Royal and Paramount Chief of the Kperiga Traditional Area who served as Chairman of the Council of State from 1992 to 2000.

Twelfth of his father’s 18 children, Bawumia attended the Sakasaka Primary school in Tamale, and gained admission to Tamale Secondary School in 1975.

From 1988 to 1990, Bawumia worked as a lecturer in Monetary Economics, and International Finance at the Emile Woolf College of Accountancy in England. He also served as an economist at the Research Department of the International Monetary Fund in Washington, DC, USA.

Between 1996 and 2000, Bawumia served as an Assistant Professor of Economics at Hankamer School of Business, Baylor University, Texas, USA.

Bawumia returned to Ghana in 2000 to work as an economist at the Bank of Ghana. He rose from Senior Economist to Head of Department, and subsequently as Special Assistant to the Deputy Governor of the Bank in June 2006.