US-based political analyst, Kwadwo Sarfo Kantanka, has observed that some persons within the governing New Patriotic Party (NPP) are conspiring with elements within the National Democratic Congress (NDC), to work against the presidential ambition of Trade and Industry Minister Alan Kyerematen, hence the allegation of extortion of $100,000 from expatriate businessman by the ministry to sit close to President Nana Akufo-Addo at a recently held awards ceremony.

The presidency has, however, issued a statement exonerating Mr Kyerematen of any wrongdoing.

In a statement, Mr Sarfo Kantanka said: “The allegations of extortion made against the Ministry of Trade and industry, and, by connection, its minister, Alan Kyerematen, does not take me, and I believe does not take a lot more other people, by surprise.

“Indeed, more of such smear campaigns are expected, going forward, in view of Alan Kyerematen’s potential to become the next president after Nana Akufo-Addo.

“The level of confidence that the president openly expresses in Alan, day-in and day-out, coupled with Alan’s own stature, charisma, experience and track record in Ghanaian politics as well as international politics, have made Alan a huge threat to the National Democratic Congress (NDC) and by stretch of reasonable imagination, certain individuals with presidential ambition in the New Patriotic Party (NPP).

“We must recall that at a point in recent history of politics, Alan Kyerematen was characterised as ‘the bad guy’, only for Ghanaians to realise later that he is not the image painted of him and that all those negative things said against him were orchestrated by his opponents, so, he may look bad in the eyes of NPP supporters and sympathisers, even though, in fact, he was working tirelessly to see progress in both his party and country,” he pointed out.

He continued: “After reading a statement signed by Mustapha Hamid clearing the Trade Ministry and by connection, Alan Kyerematen, of any wrongdoing, and that no extortion whatsoever was committed during the Expatriate Business Awards, I feel the presidency has done what is expected of it. However, my free political advice to the NPP is that the work to protect the hard-earned reputation of certain potential presidential personalities like [Vice-President] Dr. Bawumia, Ken Ofori-Atta, Addae Nimo, Opoku Prempeh, etc., is surely a work to maintain power in the long term, and it must be collectively and strategically done.

“The truth must be told to the rank and file of the NPP that Alan is one of the people highly-tipped by Ghanaians to lead the party after Nana Akufo-Addo. The earlier they embrace this uncomfortable truth, the better it will be for the Danquah-Busia-Dombo tradition. NPP must stand up boldly to deal with the NDC’s smear campaign against such big players in the NPP and caution their own members who may have a hand and/or interest in such acts to desist from it and protect one another as a team and as a family. Because going forward, a lot more of such dirty campaign will be mounted by NDC against key personalities in the NPP, particularly, Alan Kyerematen.” 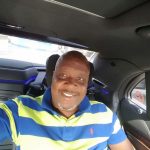