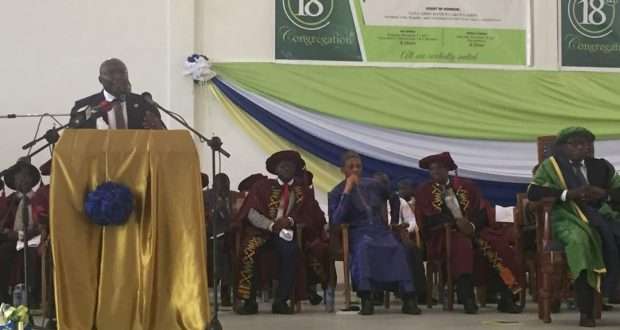 Vice President Dr Mahamudu Bawumia is insisting that Ghana’s digital addressing system is better than the one implemented in the United Kingdom and the USA.

He made the comments when he addressed the 18th congregation of the University for Development Studies (UDS) in Tamale.

“This national address system that Ghana has implemented is more advanced than the address systems that we have in London or the United States,” the Vice President, said.

He continued: “Unfortunately, people don’t even want to think and believe that we can actually do things better than the more advanced countries. People have the mindset that we have to be behind them always but I say no, we can move forward and we can overtake them.”

The Vice President’s claim that Ghana’s digital addressing system is advanced than that of USA and UK, has come under criticism from members of the National Democratic Congress.

Former NDC flagbearer, John Mahama, had a rally in Cape Coast said Ghana’s digital addressing is fraud and have, thus, tagged it as “419.”

They have also questioned the cost of the implementation of the digital addressing system as excessive.

The addressing system, being implemented by the Ghana Post, is said to have cost the nation 2.5 million dollars.