At a news conference on Wednesday, NDC’s General Secretary, Johnson Asiedu Nketia, demanded the arrest of Dr. Bawumia for allegedly falsifying information to buttress a claim of the NPP that there were about 76,000 Togolese in Ghana’s voters’ register.

Mr. Nketia said: “The reason why we are calling for the arrest of Dr. Mahamudu Bawumia is that – I am not a lawyer – but I have heard people say that if you falsify public documents with the intention of deceiving people, our laws should have a way of dealing with you.”

“How can a PhD, who wants to be vice president, sink that low? And, so, if in a democracy there is no remedy to such things then woe betides the whole country. Because anybody can just go and do photoshopping and then come and present it as the truth.”

In a rebuttal, however, Professor Attafuah, who is lawyer for Dr. Bawumia said neither his client nor the NPP has fabricated any documents as being alleged by the NDC. He said if the NDC or Mr. Johnson Aseidu Nketia wants to push that point, they can go ahead, adding that the NPP will meet the critics at the appropriate forum. 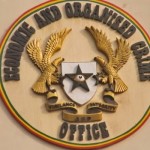