The United Nations (UN) Secretary General Ban Ki Moon has commended President John Dramani Mahama and the people of Ghana for the role they played in ending the Ebola virus disease in West Africa.

He made the commendation via a phone call to President Mahama on Thursday.

This follows the declaration by the World Health Organisation (WHO) that West Africa is Ebola free.

Ban Ki Moon praised President Mahama and the Ghanaian people for accepting to host the UNMEER mission and allowing Accra to be used as a staging post in the fight against Ebola. ?

He said this gesture of selflessness was critical in facilitating the international response against Ebola and contributing to the end of Ebola in the 3 most affected countries.

The Ghana government during the outbreak of Ebola in the African sub-region donated some food and relief items to countries worst affected by the deadly virus including Sierra Leone, Liberia and Guinea. 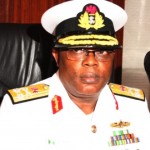