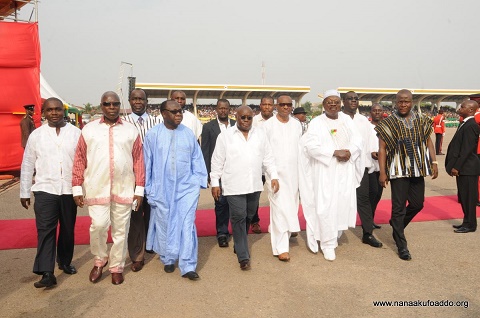 Details of the confidential document, which emphatically stated that, Nana Akufo-Addo “dresses badly”, have become apparent in the wake of controversy that, the ex-Minister of Foreign Affairs and Minister of Justice in the Kufuor administration, was improperly dressed for an important occasion as last Sunday’s 59th Independence Day Celebration.

Mr. Akufo-Addo,, on the day, appeared dragged to the Independence Square, Accra, dressed in a jeans-looking trousers, and white casual long sleeve shirt with a front widely opened to the public, thus revealing his hairless chest to local and international media. In the view of many, his casual dressing, devalued the significance of the occasion.

But typical of the NPP, it has jumped to the defense of its Presidential Candidate, insisting that he dressed properly to the anniversary, arguing through a deputy Director of Communications, Anthony Karbo that, Akufo Addo, couldn’t have gotten it wrong with his attire to the event.

Apart from the poor dressing, the NPP 2008 confidential document, had also identified Nana Addo’s diminutive figure, as part of his personality flaws, and recommended that, “the number of six-foot men around him should be reduced”.

However, during last Sunday’s event, Nana Addo, had in his entourage, many tall individuals, including Sammy Awuku, Kwabena Sekyere-Abankwa, Stanley Agyiri-Blankson, Samuel Abu Jinakpor, and others, including his bodyguards. The only diminutive figure around him, was Acting National Chairman, Freddie Blay.

However, this recommendation appears to have fallen on deaf ears as Nana Addo, continues to dress badly and swarm himself with lots of people to an extent that he gets missing amongst them.

The document, which was prepared by the NPP 2008 Campaign Committee headed by Obetsebi-Lamptey, said Nana Addo, “dresses badly” and “on TV he looks disinterested when other people are talking” whilst “on radio his voice is inaudible”.

What was seen as a crisis meeting on Nana Akufo-Addo, where the serious revelations were made, specifically, took place on April 23, 2008.

To address Nana Addo’s personality flaws, the then governing NPP, directed the use of funds from the National Health Insurance Scheme (NHIS) as part of an elaborate plan to shape and polish him up for the December elections.

The NPP, also advised that “whatever clothes he wears must be selected such that he stands out from the background,” and directed that, “he should wear simple shirts that go over the belt.” Nana Addo, should also “wear a smile on his face in public”.

Further more, the then Campaign Team again “suggested that he should be in an open-top car so people can see him and the number of six-foot men around him, should be reduced”.

The suggestions were contained in one of the several documents that were leaked from the stables of the NPP, detailing its strenuous strategies for the 2008 Presidential and Parliamentary Elections to project and market Nana Akufo-Addo, who was painfully subsequently defeated by the late John Mills.

The document disclosed that, the above flaws were to be added to the other weaknesses of Akufo-Addo, which were not mentioned in the document.

In the assessment of the Campaign Committee, Nana Addo, should be marketed as a candidate with five Cs, namely; Courage, Commitment, Competence, Compassion and Confidence, as his strengths.
But speaking on Neat FM Tuesday, Anthony Karbo, said the NDC members, who have launched an attack on the NPP’s distinguished Presidential candidate, should teach their senior officers in government fashion, if they have any knowledge in fashion.

“President Mahama then as a Vice President, used to wear polo shirts to official functions, it was the NDC people who came out to say the Vice President was not dressing well and he had to change. If the NDC, have to teach anybody fashion, they should teach themselves. As far as we are concerned, our Presidential candidate was properly dressed for the occasion… he was in a plain white linen shirt and you know how linen tops are, when you sit in a chair or a car, certainly when you wake up you’ll find some parts crumpled”.

He added: “This business of talking about how inappropriate what someone has worn to a ceremony what kind of politics are we reducing this country to, in any case it’s not even true that Nana Addo’s dressing was inappropriate, I think that Nana Addo was well represented the entourage was neatly positioned. I don’t think we should waste too much of our time on such a petty issue. I think what worries the NDC is that Nana Akufo Addo talked about the President’s speech and indeed people had reservations about his speech. People think that he should have captured the moment of the country, where we are now, the difficulties we face as a nation. That is what is important”.

Jake’s committee, had back then directed that Ras Boateng, the then Chief Executive Officer (CEO) of the National Health Insurance Scheme (NHIS), must be made to do a half- page advertisement in the newspapers, and other NHIS commercials, specifically for Nana Akufo-Addo.

The committee, also purposefully advised that, Nana Akufo-Addo, must be made to advertise the insurance scheme, to further project his image.

The committee, also observed that, the perception of corruption, the rot with the School Feeding Programme, high fuel prices, disaffected foot soldiers, high cost of living, armed robberies, crime, problems with MASLOC and power and water shortages, were threats to the NPP’s success, at the 2008 election.

It noted that, the fact that the NPP presidential candidate, was born and raised in Accra and speaks Ga, is a strength for him.

Another of Nana Akufo-Addo’s strength, according to the document is that “his wife is also Ga and half Dangbe,” and demanded that the strength, weaknesses, opportunities and threats of wives of the other presidential candidates, must be known.

It directed that, the NPP presidential candidate, must be gotten into radio and TV interviews, with articles also written about what the NPP, had done in power.

It said, “Starting from August this year (2008), the NPP should show it would be doing something greater when elected into office”.

In one paragraph, the NPP Campaign Committee, said of Prof. John Atta-Mills, the then National Democratic Congress (NDC) Presidential Candidate, had one of his strengths, as having been Revenue Commissioner from 1995-1998, and mentioned worse revenue collection in Ghana, during that period as his only weakness. 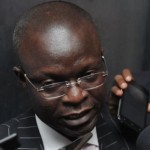