Chief of the Kamanpa Traditional Area in the Pru District of the Brong Ahafo region Nana Kwame Wande II has asked politicians to stay off his community during the 2016 electioneering. According to him, residence of the community have not seen any improvement in their lives since the NDC assumed the governance of the state. Nana Wande II told Starr News’ Michael Mfum Sarpong that the community lacks basic amenities including, roads and school infrastructure. He added that pupils in the area have to lie prostrate to write at school since there are no chairs in the classrooms. He revealed that through the community’s own efforts, they have managed to build a CHPS Compound and have requested the Pru District Assembly to provide a bungalow in order to facilitate the transfer of a nurse to the community. “We have now seen that we are not part of Ghana so we are saying that no politician should step foot here to do campaign especially next year being an election year because we have been neglected, we are not going to vote,” he fumed. 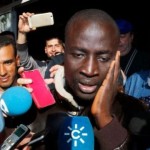