Luck has once again run out of Faith Mensah Tekpor; a confidence trickster, who was once married to the Foreign Minister, Shirley Ayorkor Botchway.

He has been using good looks, false identities, sex, promise of marriage, among other tricks to dupe his victims. He is currently in the grips of the Ghana Police Service.

The two, had their marriage ceremony at Sakumono and enplaned to South Africa for a honeymoon to see all the interesting sites in that country.

The marriage, collapsed not too long after, leaving the 53-year old Member of Parliament (MP) for Anyaa-Sowutuom in the Greater Accra Region, till date it is not clear whether the marriage was officially dissolved.

The good looking Faith Mensah Tekpor’s modus operandi, is to pose as a responsible member of the Ghanaian society, proposing intimate relationships to influential, wealthy businesswomen, who are either single or married. He ends up duping them in the process. For the single women, he takes advantage of their desperation to marry.

He has often times, posed as a medical practitioner to defraud his women victims, huge sums of money. He has been apprehended by the Police in Accra many times, but often times the women out of embarrassment refuse to assist the police as prosecution witnesses to enable the court jail him.

From 2011, 2012 and 2013, Faith Mensah Tekpor, spent time in both police custody and prison remand for defrauding some women.

One influential married woman with whom he had been having sex with, out of shame, declined to help the police to nail him in court. He was, therefore, set free for want of prosecution.

Last week, the Police, issued an official statement on him dated August 10, 2017, confirming how he approaches his victims as medical doctor with different names, just to conceal his true identity to defraud unsuspecting members of the public.

He had, sometimes also posed as United Nations (UN) Consultant or the director of the Canadian Development Fund, which offers grants to Small and Medium Scale Enterprises. As at 2013, he had jumped bail on three occasions.

The police say Tekpor, whose victims are mostly women from Sakumono, Tema and Accra is “currently facing trial for defrauding by impersonating and also under investigations for similar fraud offences”.

According to the statement issued by the Service, this is not the first time Faith, is being arrested, but on these different occasions, he jumped court bail and so has been on the police wanted list after it received a bench warrant.

The police confirmed he proposes love to his female victims with assurance to being with them forever. When he manages to sleep with them, he records them and then later, he uses the videos as means to fabricate stories to get moneys from them.

The police continued that after gathering a significant amount of money, he starts blackmailing these unsuspecting victims because he has the videos of them.

The statement said “His modus includes posing as a medical practitioner, approaches and proposes to a woman and pursues her to keep as a ‘girlfriend’ with the potential of a lasting relationship.

He records his sexual encounters with the women, whether known to them or not. In the course of the relationship, he fabricates stories for the ‘girlfriends’ to lend him money with the promise to refund.

When the money lent to him has become quite substantial, he begins to blackmail his victims with the recording of their sexual encounters”.

The police, however, believe that a number of his victims have been blackmailed by Tekpor and have thus encouraged them to report to the nearest police station or call the following lines: 18555 (MTN or Vodafone) or 0244682740/020777001.

Police intelligence shows that there are other victims of this fake Faith who have been blackmailed into silence by him.

“These victims are therefore encouraged to report their cases to the nearest Police station” or call the aforementioned short code or mobile numbers to report. The police advised the public to be alert when dealing with strangers who promise “paradise and to report suspicious activities and persons to them.

Tekpor is believed to be from a town near Ho in the Volta Region. He is a product of Mawuli School. Former schoolmates have said he started his fraudulent activities while in school. He parents and other family members are said to have gotten tired of him hence don’t show up anytime he is arrested by the police. Some even believe he is cursed.

It is hoped that this time, some of the women will step out and help the police nail Faith Mensah Tekp 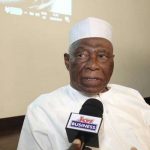