Ayisi Boateng stated in his apology that, “I regret the effect of my speech delivered to the young party members which has generated public outcry. I, therefore wish to retract my comments and render an unqualified apology to the presidency and all Ghanaians.”

John Mahama berated the diplomat for his apology, suggesting that it wasn’t sincere and had not even been written by him.

Former President John Dramani Mahama has suggested that the presidency wrote the apology letter for Ghana’s High Commissioner to South Africa, George Ayisi Boateng, who has been widely condemned for making comments described as divisive and irresponsible.

According to Mahama, the embattled diplomat only signed the letter drafted for him from the Flagstaff House.
“When they [NPP] were looking for your votes, President Akufo-Addo said they shall open the opportunities of this country to all Ghanaians, irrespective of their party or ethnic affiliations. He came to power and now that the pigs are enjoying, they say some Ghanaians are more Ghanaian than others. For something like this, you don’t call the person to the Flagstaff House, draft an apology letter for him and ask him to sign. You sack him at once,” he added.
Related Stories

‘Unrepentant’ Ayisi Boateng is forgiven – Ghanaians in SA
John Mahama made the claim when he led teaming supporters of the opposition National Democratic Congress to embark on a Unity Walk in Cape Coast in the Central Region on Sunday.
Background:

Mr. Ayisi Boateng has been in the news for saying that his first priority is to members of the NPP, and that if he had his own way, members of the party’s Tertiary Students’ Confederacy Network (TESCON) will be prioritized for various jobs.

He also said he considers NPP members as more Ghanaians than others.
“…this government is doing its best to create job opportunities and me for instance, I told my people over there [that], it is because of NPP that I’m here, so the NPP man is my priority. I told them when NDC was in power it was Kwesi Ahwoi who was there, now we are in power, so Ayisi-Boateng is here with you. My topmost priority is the problems of an NPP person before any other Ghanaian take it or leave it,” he said.
His comment invoked a public uproar with some Ghanaians as well as civil society organizations calling on the president to fire him.

However, there has not been any official response from the Flagstaff House on the matter, despite reports a supposed meeting at the presidency that brought about the apology.

Ayisi should’ve been sacked immediately – Mahama
While condemning the comment made by the diplomat, John Mahama said the president should have sacked him immediately.
The former president also rebuked Akufo-Addo saying he has not been able to take decisive action against his appointees who go wrong.
“The President seems unable to take firm action in anything. When I talk about the President not putting his foot down, we have a constitution and the constitution is the supreme law of the land. If you are a party officer, you can say whatever you want, there is no problem,” he said. 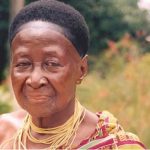