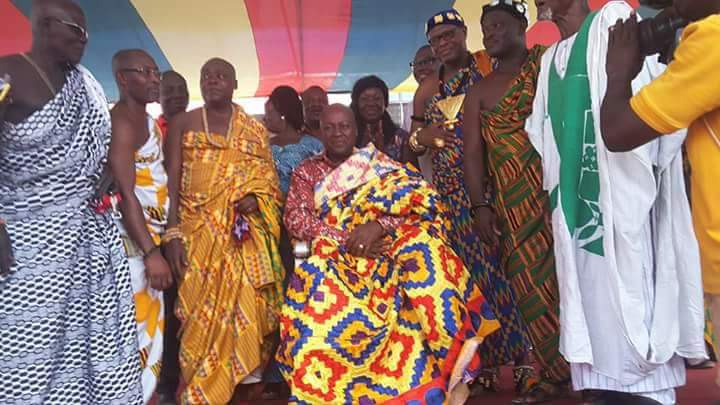 Eish, matter come! Trouble dey oo. Chai, I thought I’m crazy for JM, but some people are wickedly crazier. There is serious fire on the mountain, and I would like to advise the NPP to throw in the towel in order not to waste time and resources on this year’s elections.

It has been whispered around that fate has never favoured Nana in elections. It is alleged that he has lost many elections in the past and these include: class prefect and compound overseer at the Government Boys School at Adabraka in Accra where he had his basic education. He also lost the contest for the position of senior school prefect at the Rowe Road School in Accra (now Kimbu) where he continued his basic education.

Nana has a big heart as you all know, and so these initial failures did not discourage him at all. He again contested as JCR president at the University of Ghana in 1964 when he was studying for his BSc(Econ) degree, but lost again.

Nana Akufo-Addo’s failure in elections didn’t end there; he lost the election as president of the Ghana Bar Association in 1978, and lost presidential primary election to John Agyekum Kufour in 1995 and 1999.

These are not all: he lost the presidential election to Prof. J.E.A. Mills in 2008 when his party was in power and had the advantage of incumbency. He rounded this up with another painful defeat when John Mahama defeated him in the presidential contest in the 2012 polls. He challenged the outcome of the election at the Supreme Court and lost once more.

At the age of 72, this year’s election is probably going to be his last, and fate seems to be fighting his bid to become President. Who whistled that 72 is his football age? That is the person’s cup of tea oo. I never said that, I don’t want any trouble.

Meanwhile, three Traditional Councils in the Asuogyaman District in the Eastern Region who think Nana has exceeded the retiring age, have not only declared their support for President Mahama’s second term bid, but vowed to retire Nana Akufo-Addo. The Chiefs are from Akwamu, Anum and Boso.

Kikikikikiki, the Acting President of the Akwamu Traditional Council, Osuogyasonu Yaw Boadu I, said they are going to perform a ritual for the image of the flag bearer of the NPP, Nana Akufo-Addo to spiritually disappear from the ballot paper on December 7.

Kai, in the unlikely event that Nana becomes President, I’m sure those chiefs will physically disappear too, and this is the more reason why they must do everything in their power to ensure he doesn’t become president. Hehehehehe, I will admonish that they perform that ritual weekly instead of forty days.

Sosket, hear Osuogyasonu if you think I’m doing propaganda: “We the chiefs have a ritual we perform every 40 days. Anyone who is familiar with our customs will know that it’s called ‘Adae’. During this ritual, what we do in the stool house and at the palace is to take stock of the good things happening in the nation and ask the nation to continue.

Laa ilaaha illallah, this is wicked! Isn’t it? Many chiefs have already endorsed President Mahama, but the passion with which these chiefs did their endorsement is what amazes me. I have never seen such love exhibited towards any presidential candidate in the annals of this country.

And with all these indicators, ayeka, I want to believe that Nana Akufo-Addo is not destined to rule this country; it is a mathematical certainty he is going to lose the 2016 presidential election as he has done in most elections in the past. 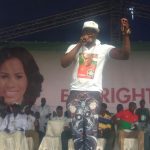