The flag bearer of the All People’s Congress (APC), Hassan Ayariga was paid a whopping amount of money to cough to distract the presentation of Nana Akufo-Addo at the 2012 Institute of Economic Affairs (IEA) debate.

New Patriotic Party (NPP) Member of Parliament (MP) for Assin Central, Kennedy Ohene Agyapong alleged on Asempa FM’s Ekosii Sen Programme that, Hassan Ayariga, who was at the time the People’s National Convention (PNC) Presidential candidate, was given money for that purpose.

“A close confidant of Hassan Ayariga has come out to openly confess this to me that Hassan Ayariga was paid huge sums of money to do that…to cough just to distract Nana Akufo-Addo…,” Ken Agyapong alleged.

Hassan Ayariga gained the notorious name- Ayaricof- after he incessantly coughed to distract the presentations of Nana Akufo-Addo during the debate.

Social media was awash with various pictures that sought to ridicule the PNC flagbearer at the time as a comedian.

Members of the PNC who felt ashamed by the behaviour of their flagbearer at the time also criticised him, and he was subsequently denied the opportunity to represent the party in 2016.

Angered by that, Hassan Ayariga left the PNC and formed the APC where he was elected flagbearer for the 2016 elections.

He has since started his campaign where he has been tabling his policies. In one of his interviews, the APC flagbearer attacked Nana Addo once more for still occupying his father’s house.

“At age 72, my senior and my father, Nana Akufo-Addo, is still living in his father’s house. At this age, 72, I would have retired from politics and be advising young men of this country to move this country forward and not contest with them anymore,” he was quoted as saying.

And this comment, Ken Agyapong said, can only come from someone who is ‘partaking in politics because it is now cheapened.’

“A fianga boy like you who sells pizza, what do you mean, can you be compared to Nana Addo…we have to stop politics because of such persons like him…,” he exclaimed on the show.

He said the line of argument of Hassan Ayariga shows he is even unworthy to partake in the politics of the country as he lacks a basic idea of basic governance.

Hassan Ayariga who could not contain the outbursts from the NPP legislator called in to the show and said he was surprised the likes of Ken Agyapong cannot contain ‘a simple truth’ from him.

“Is it not true Nana Addo is staying in his father’s house…is he living in my house, it’s a shame. As a grown up like Nana Addo, there are many of his siblings who can live there not him, he should go and live in his own house…,” he demanded.

When his attention was drawn to the fact that Nana Addo had a house at East Legon, Hassan Ayariga maintained that he still doesn’t care about that. 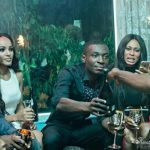 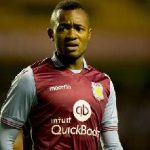