The National Democratic Congress (NDC) has welcomed the support of the founder of All People’s Congress (APC), Hassan Ayariga for President John Mahama.

According to the NDC, the endorsement of Mr. Ayariga is evidence that people recognize the President’s effort to transform the country.

Speaking to Citi News, the National Coordinator for President Mahama’s 2016 Campaign, Kofi Adams said the NDC welcomes him with open arms as Mr. Ayariga was entitled to his choice.

“If out of many people who are contesting, he finds President Mahama as the best to be able to keep this country, to continue to bring about development that is needed and to uplift the people of this country, why not? He has exercised that right as a person and also as the leader of a political party with his members,” Mr. Adams said.

Mr. Ayariga at Press Conference in Accra on Monday explained that the decision to endorse President John Mahama followed careful consideration of the attributes and competence of two presidential candidates who approached his APC for an endorsement.

The APC Flagbearer’s stance is evidence of President Mahama’s strong standing going into the election, according to Mr. Adams.

“It just goes to support that President Mahama is stronger, President Mahama has a vision that a lot of young people who are enterprising and who are willing to see a progressive Ghana will buy into.”

Split in APC over endorsements

Ayariga had over the weekend challenged the endorsement of the New Patriotic Party (NPP) candidate, Nana Akufo-Addo, by the APC’s General Secretary, Razak Opoku and its running mate, Carl Bartels.

He said the two had been sacked by the party on Friday [November 25] after he discovered they had had a secret meeting with the NPP, against party rules.

But the two insisted at a press conference on Sunday that their decision was backed by the National Executive Committee of the party. 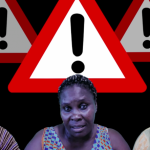 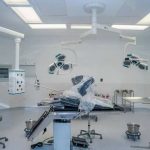