The Ghana Bar Association (GBA) has called on its members to avail themselves to be trained by the Electoral Commission (EC) and be used for the upcoming November Parliamentary and Presidential elections.

The President of the Association Benson Nutsukpui in a new year’s message to members said 2016 marks a significant milestone in the democratic journey of the country, hence members of the Bar must be ready to play crucial roles in that journey.

“The year 2016, being an election year, we, as members of the Bar, should pledge our collective support to the Electoral Commission and the electoral process. We encourage members of the Bar to volunteer to be trained as for electoral duties and to commit ourselves to assist the EC in other capacities so that together we can contribute to a successful Parliamentary and Presidential elections,” Mr Nutsukpui stated.

The offer by the GBA comes at a time the Electoral Commission has hinted it would rely on professionals and other qualified personnel, especially Lecturers as presiding officers in the upcoming elections.

The 2012 election results were challenged in court by the opposition New Patriotic Party due partly to some errors committed by the presiding officers.
Despite throwing out the case the Supreme Court judges advised the Electoral Commission to thoroughly train and hire qualified personnel to man the electoral process in future elections.

The GBA believes it is about time its members contribute directly in the electoral process to ensure a smooth process.

The Association is also worried about rampant reports of human rights abuses, threats to peace and other institutional violence. Mr Nutsukpui therefore challenged members to be interested in public interest cases and support the cause of the underprivileged in the society.

The Association also called for a massive afforestation programmes across the country to help fight global warming.

“As we enter the New Year, the GBA is encouraged to note that we have remained committed to the democratic path. However there is the need for us to continue to take inspirations from the ideals and aspirations of the 4th Republican constitution as we seek to assure a better life for the citizens and residents of Ghana,” the statement said.

“The GBA wishes you all a prosperous New Year,” the statement concluded 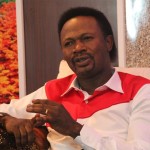