Addressing the media at a Press conference,Daniel Yaw Domelevo said the people were issued with the certificate of surcharge two weeks ago, but he was unable to give details about them and the amount to be paid back to the state, explaining it is against the provisions of the Audit Act to do so.

The Auditor General added that the 4 citizens have 60 days after service of the surcharge/disallowance certificate within which to pay the money.

In the same vein, the affected persons are also allowed to appeal against the surcharge or disallowance at the High Court within that same period.

The decision to surcharge and disallow follows a Supreme Court order in June when pressure group Occupy Ghana in a suit prayed the court to direct the Auditor-General to execute his mandate to retrieve misappropriated funds as enshrined in the 1992 Constitution.

Article 87, Clause 7(b) (i) states “…. the Auditor-General may disallow any item of expenditure which is contrary to law and surcharge the amount of any expenditure disallowed upon the person responsible for incurring or authorising the expenditure”

With this, Daniel Domelevo said his office has trained 16 officials including himself in evidence-gathering because the audit reports are not sufficient evidence to surcharge persons it indicts.

He assured Ghanaians that his office will affirm its independence from political actors. 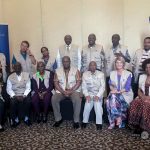 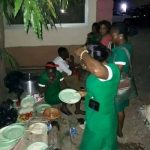