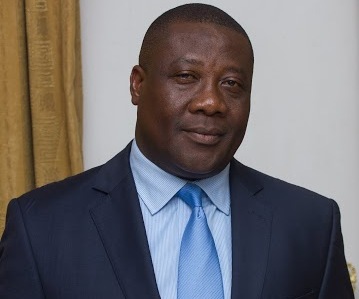 The Ghana Bar Association (GBA) has asked its members to endeavor to aid the Electoral Commission (EC) as it prepares to conduct this year’s general elections.

In a statement signed by the National President, Benson Nutsukpui to mark the New Year, the Association called on members of the Bar to be of service to the EC in any capacity they might be required in order to make the November polls a successful one.

Benson Ntsukpui elected as new GBA president
“The year 2016 being an election year, we, as members of the Bar, should pledge our collective support to the Electoral Commission and the electoral process. We encourage members of the Bar to volunteer to be trained for electoral duties and to commit ourselves to the EC in other capacities so that together, we can contribute to a successful Presidential and Parliamentary Elections,” the statement said.

Last year, nearly 30 judges and magistrates and about 100 judicial staff, were indicted in the infamous judicial corruption scandal which shed a negative light on the entire judicial service though the works of investigative journalist, Anas Aremeyaw Anas.

However, the GBA believes that despite the challenges of the previous year, 2016 provides an opportunity for members of the association to correct the wrongs of 2015 by playing their rile effectively the harness the country’s democracy.

“The GBA notes that while 2015 has been a challenging year in the history of our profession and nation, 2016 will mark a significant milestone in our democratic journey, affording us an opportunity to achieve things that we could not achieve in 2015.

“In the New Year, we should be committed to working towards further entrenching democracy in Ghana. We should resolve to support the Rule of Law and the opening up of the governance processes in the spirit of transparency and accountability,” the statement noted.

In light of increased reports of “human rights violations, threats to the peace and other forms of physical and institutional violence” in 2015, the association also called on lawyers to pay more attention to cases which protect public interest, particularly the ones involving the marginalized in society, which may go unrewarded.

“We encourage our colleagues to conduct more public interest and pro bono cases, and also make their services available during the criminal assizes. Let us respond to the plight of the poor, the marginalized and underprivileged with warmth and continue to offer a helping hand to them. Our response to the needs of the poor, marginalized and underprivileged among us will certainly impact the image of the Bar,” The GBA stated.
– See more at: http://citifmonline.com/2016/01/03/assist-ec-in-2016-elections-gba-to-members/#sthash.MLkVZ79h.dpuf