The Former President is leading a 15-member Commonwealth Observer Group in Kenya for its elections today August 8, 2017 but the NPP leader believes he conspired with General Secretary of the National Democratic Congress (NDC), Mr Johnson Asideu Nketia to deport the former National Chairman of the NPP.

“John Mahama and Asideu Nektia conspired to deport Mr Mac Manu from Kenya but they should know that we are it will also get to their turn one day”, he said on Okay Fm.

Kenya’s opposition party last weekend confirmed that two Ghanaian electoral consultants have been denied access into the country by the governing party ahead of the country’s polls.

Several tabloids have reported that the Campaign Manager of the governing party in Ghana in the 2016 election, Peter Mac Manu was one of the consultants who had been denied entry into Kenya for “fear of helping to rig the impending elections”.

Peter Mac Manu, on August 4 was reported to be leading a team of Democratic Union of Africa (DUA) observers to witness Kenya’s General Elections to be held on August 8, 2017.

James Orengo, a senior official in the National Super Alliance (NASA) opposition coalition said that the deportations and denials of entry come as the opposition claimed police had late Friday raided a party tally centre in Westlands where a parallel vote count was due to be conducted. 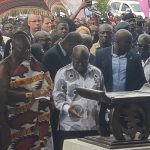 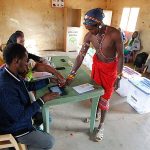