A security analyst, Mr David Agbey has said the recent violent clashes within the New Patriotic Party (NPP) make it imperative for the embattled Chairman and General Secretary to have police protection.

The latest clashes on Friday left a party member dead in the Asawase constituency in the Ashanti Region.

Mr Agbey said the situation should not be taken lightly since it could escalate beyond control if not reined in soon than later.

He has expressed fears that Saddiq’s murder, coupled with the unrest within the rank and file of the party, could lead to reprisal attacks.

In his view, Paul Afoko and Kwabena Agyepong must be give police protection immediately.

In addition, he wants police personnel dispatched to the national, regional, district and constituency offices of the NPP on a daily basis till the situation is resolved.

The security governance analyst made these calls in an interview with Bernard Nassara Saibu on Starr FM on Friday.

“It borders on security and so, we should be worried about what is happening within the NPP. The internal conflict within that political party is having a toll on the citizenry of this country.

“What national security…needs to be doing is to be monitoring the political actors, the individuals, the personalities and their conduct and their behaviour because the internal conflict is escalating day by day. So every single day, police need to go to the NPP headquarters to ensure that there is peace and tranquility in their own corridors,” he suggested. 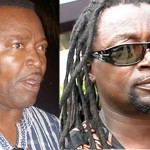