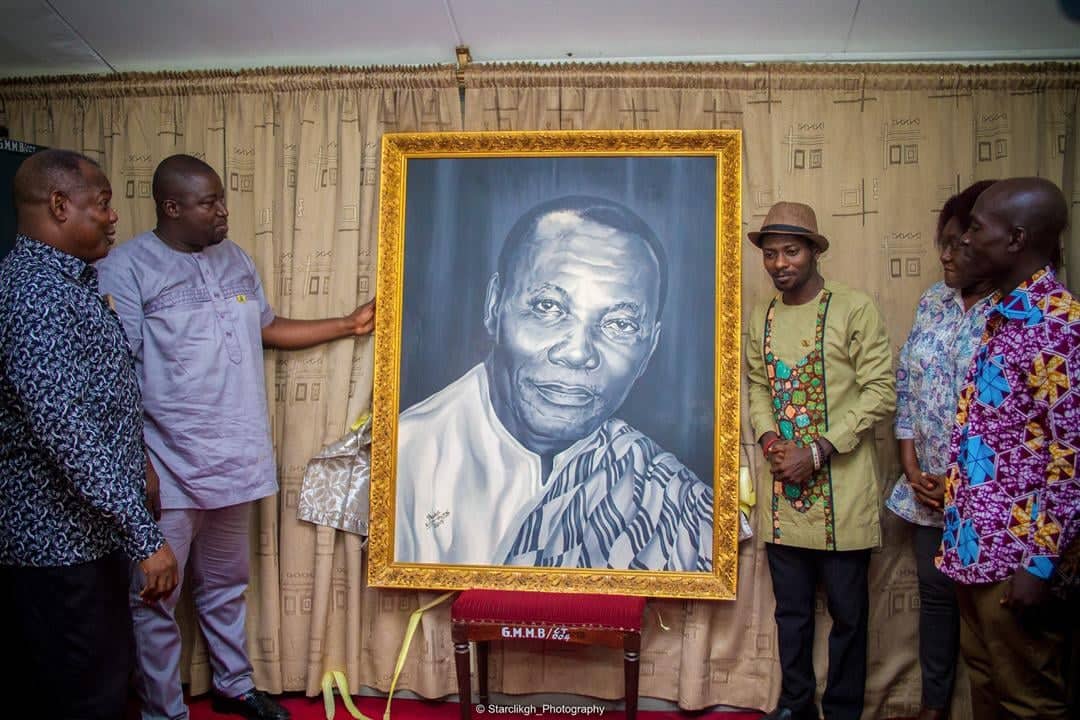 The Art Director who doubles as the Pan African Art Ambassador and the Chief Executive Officer of Hillwood Studio and doubles as the Executive Director of “The Arts Legendary Hall of Fame” explaining why he decided to give out such a great design to the National Museum for free revealed that he developed a passion for drawing during his Primary school days at stage 4 while living at Adabraka and the National Museum environs.

Kojo-Hilton further stated that he was very passionate about Arts at his teenage and every little thing he sees at that time he draws.

According to him, his Mum never gave him that space because she wanted him to become a Pilot so he did not have the luxury of exhibiting his talent at home.

“So one day I was walking around town after I closed from school and around the adabraka polyclinic I saw a statue and got closer to it. For 30 minutes I was looking at it and was amazed, so just when I was going closer to it the security-man questioned me and when I explained my admiration for the statue. He then allowed me in and from there, the Museum became my Happy home “ he said .

He recounted in an interview with Attractiveustapha.com that he used to be the only teenager to come out of the Museum very late with his crayons in a small rubber bag.

Kojo-Hilton said almost everyone who entered the Museum at the time encouraged him but was discouraged whenever he reached home but he was motivated by his inner passion and determined to have his drawings displayed in Ghana’s historical places including the Museum.

“The Museum has helped shape me and made me who I am today and am so happy how the current Board at the Museum received me“.

As to why he decided on Playwright Efo Kodjo Mawugbe as the first Personality Art to donate, he said that it is a token from him to the state and his generation to keep him as a legend who has been a motivator and instrumental to the Creative Arts Industry.

The last time I came into contact with him, I did a backdrop for his last play titled Cindarama, Africa Cinderella and as I was painting, he stood behind with folded arms and was enjoying what I was doing and in some few seconds I heard him clap saying “I said I dey but you to you dey, keep it up “.

Enough Of the Politicians taking Ghanaians for granted
Gifty Anti, Doreen Avio, others take up roles to mentor women
To Top