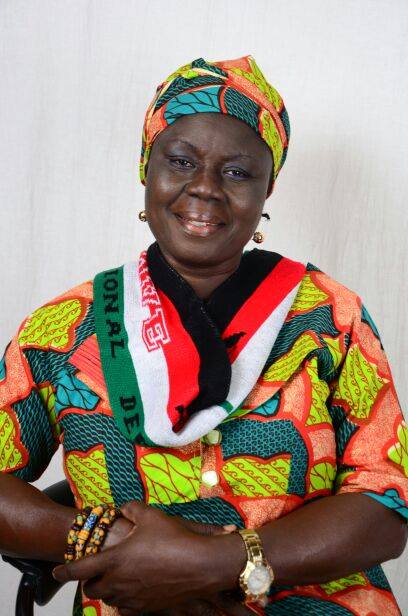 The women’s wing of the National Democratic Congress wishes to convey to the general public and well meaning Ghanaians some barbaric events directed towards some known female sympathizers of the Party.

These inhuman attacks on known NDC women by some known NPP thugs has necessitated us to express our disquiet on these unfortunate activities.

After several peaceful elections and transfer of political power in this fourth republic. One would expect that Ghana should be seen as a beacon of hope for other African countries and should be living above the disgraceful and illegal take over of government institutions and the physical attacks on people known to belong to the other political traditions.

Several reports have gotten to the women’s wing of the party which we have to make known to the public just a few sceneries. In the case of the NDC constituency Womens Organiser in Wenchi who was beaten with her children by some NPP thugs in her home and also had her home ransacked, also in the case of the NDC Deputy women’s Organiser in Offinso who had her business destroyed by some known NPP thugs, and all the women who supply food to various schools under the school feeding program in the Ejura constituency who had their businesses destroyed and stopped abruptly by known NPP thugs in the constituency. These are the few cases amongst other attacks.

We still trust in the strength and wit of the service and hope they would play a neutral role and apprehend such hoodlums from our society.

We urge our women across the country to stay calm and distance themselves from such attackers who decide to take the law into their own hands. But they should protect yourself from any of such attacks in the unlikely event it is envisaged on you.

These attacks and assaults have left them traumatized, hence living in a state of fear and panic. We therefore call on all religious groups, civil societies, pro women foundations and all female members of Parliament(MP) to vociferously safeguard the sanctity and pride of their fellow women who are constantly abused across the country.

We also call on the President to act as a true citizen of the land so far as these these attacks are concerned to bring a final stop to it and not act as a silent spectator as he is doing currently.