Deputy Communications Director of the ruling party, Fred Agbenyo claims the NPP Vice-Presidential Candidate concocted a document he claimed to be the Togo voters register to deceive the Electoral Commission (EC) and the public into supporting the opposition party’s claim that the current voters register is loaded with Togolose nationals, and hence not credible.

The NPP has been pushing for a new voters register ahead of the November General elections, insisting the register contains several anomalies.

At a major press conference in August last year, the NPP claimed between 2008 and 2012 there has been an unusual increase in the voters register in several constituencies.

Dr. Bawumia, as he illustrated during a power point presentation, indicated that the said growth is one that defies logic.

Using facial biometric recognition technology, the NPP’s investigation team reportedly fished out 76,286 voters with the same names and faces on the Ghanaian and Togolese voters registers.

“Our investigative team got the Togo voters’ register which was freely shown preceding the 2015 Togolese elections. Utilizing facial bio-metric acknowledgment innovation, the framework has discovered 76,286 potential matches of the same individuals, with the same names and faces on the Ghanaian and also Togolese voters enlists; nearly 2000 of which we introduce in the force point presentation,

I ought to note that in this way, we have just finished under 10% of the work on the Togolese register and we will start work on contrasting the Ivorian register and Ghana’s in a matter of seconds and take after that with the Burkina Faso register,” Dr Bawumia said.

But the ruling party pooh-poohed at his assertions saying the former Deputy Governor of the Bank of Ghana was embarrassing himself and exposing his ignorance in the country’s electoral process.

The NDC then dared the opposition party to provide further and better particulars to back its claim that remote nationals are without a doubt enlisted on the Ghanaian electoral roll.

Shortly afterwards, the NPP petitioned the EC over their findings.

However, just before the year (2015) ended, the EC, in 33-page document responded to the NPP’s petition saying;

Fred Agbenyo
“In examining the identity and status of the 76,000 Togolese alleged to be on Ghana’s Register, the EC found that they were all duly registered during the mass registration period in 2012. Most of the voters were registered in districts in the Volta and Northern Regions.

These districts include Keta, Ketu South, Ketu North, Akatsi South, Akatsi North, Adaklu, Agotime Ziope, Ho Municipality, Kpando Municipality and Tatale/Sanguli. Our conclusion from this examination is that the voters are duly qualified under the laws of Ghana to be on Ghana’s Register”.

The EC added: “The NPP did not provide any proof of the citizenship status of these persons and did not show any proof that they were not entitled to be registered in Ghana. Registration on the register of another country, under the current laws of Ghana, does not take away one’s eligibility to be on the Ghanaian Register.”

“Seeking to remove names of persons who appear on the registers of Togo, Burkina Faso and Cote d’Ivoire in the EC’s view, would be an arbitrary and discriminatory application of the law. The EC asks, would the Commission therefore be required to obtain the registers of all countries of the world and remove the names of persons who appear on such registers as well as Ghana’s?” the EC quizzed.

“It is important to observe that in the petition of the NPP dated August 18, 2015, the party claimed to have based its analysis on copies of the register displayed in Togo prior to their elections. However, upon request from the EC for the register used in the analysis, the NPP presented a soft copy of the Togo Register which the Togolese Electoral Commission says it had not given out to any third parties.” The EC further said.

Contributing to a panel discussion on Peace FM’s Kokrokoo show Tuesday, Fred Agbenyo held the view that per Ghana’s EC response regarding answers provided by the Togolese Electoral Commission, Dr Bawumia needs to be arrested and questioned by the security agencies.

“Dr Bawumia must not be walking freely by now, he must be arrested by the police for questioning as to why he used a fake Togo register to deceive Ghanaians. He just concocted a document and presented it to Ghanaians to push his party’s agenda. He heightened tension in the country with that dubious claim.”

He added: “Dr Bawumia and his NPP told Ghanaians that they had done only 10% of work on the register which allegedly revealed that huge number of Togolese registered, and they promised to come out with the remaining ninety percent (90%) of their investigations. Ghanaians are waiting for them; they should tell us when they are going to make their additional findings public.” 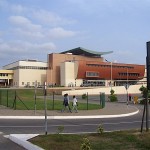