The military has announced tougher measures to crackdown on recurrent violence in the Bunkprugu district of the Northern Region.

The Chief of Army Staff, Major General Richard Kwame Opoku-Adusei, says the military will be firm on the ground, after deadly clashes in the Northern Region town last week.

“This year is election year and as you know we need peace to conduct the elections successfully. This is not the time for us to be pursuing petty squabble because in-fighting will divert the resources of government into conflict resolution,” Major General Opoku-Adusei told elders of the two feuding factions.

At least three people died and dozens of property destroyed in the latest chieftaincy dispute between two factions in the district.

The Jamon family is challenging the legitimacy of the chief of Bunkrugu who is with the Jafouk family. Although the matter is in court, it has not stopped the factions from engaging in acts of violence.

A 10pm to 4am curfew imposed in the district has not succeeded in quelling violence.

It is not clear what triggered the recent clash.

The Army Chief told the elders to allow the law to work.

“We agree that there must be a problem in the community, but there should be a peaceful solution to the problem. There is no problem beyond human beings. We can solve this problem. Those who should be solving the problem are you citizens of Bunkrugu,” he said.

Inspector General of Police (IGP), John Kudalor, who was also present at the gathering of chiefs and citizens of Bunkrugu last Saturday said police will be less tolerant of the incessant clashes in the area. 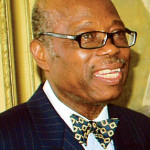 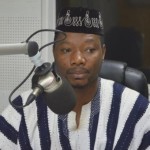