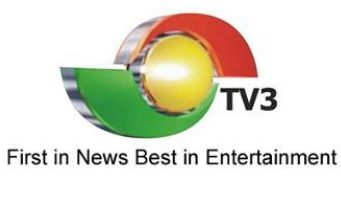 Ghana’s media conglomerate, the Media General Group, is embarking on a massive recruitment drive to get fresh media professionals to be part of its talented team.

Persons with talent in broadcasting, have great writing skills, look presentable, have a great voice and are fluent and clear in the English and Twi languages can apply for an audition on Thursday, December 21.

Successful candidates would be posted to TV3 and its sister radio stations – 3FM and Onua FM, but would also have the opportunity of working for all the brands under the Group in a converged newsroom environment.

Since this year, the company has initiated several programmes aimed at repositioning itself to become a leading media organisation in Africa and become a genuine global influencer by 2025

Since 1997, the Group through TV3 has held the ground as the leader in the industry, churning out great personalities, big stories that have impacted positively on the lives of the people, and set the standard for others to follow.

With a converged news team, the Group has hired former BBC star, Joseph Warungu, to lead the company’s news brand into another level by giving it more international outlook in the coming months.

“They should expect a completely different way of doing news that is engaging. They should expect to see a station that is a lot more closer to its people, that covers the issues in-depth not just in Ghana and the sub region, but also international. We want to bring the world to Ghana but also Ghana to the world. That’s where we’re heading,” Mr Warungu said on the occasion of TV3’s 20th anniversary in October 1, 2017.

If you hold a minimum of Diploma in any academic discipline, this is the opportunity to be part of a great talented family that is set to make an impact in the world.

To apply, please send an email with your contact details to: Tv3hr.recruit@TV3NETWORK.com

Please note that the email is case sensitive hence type the address as seen.