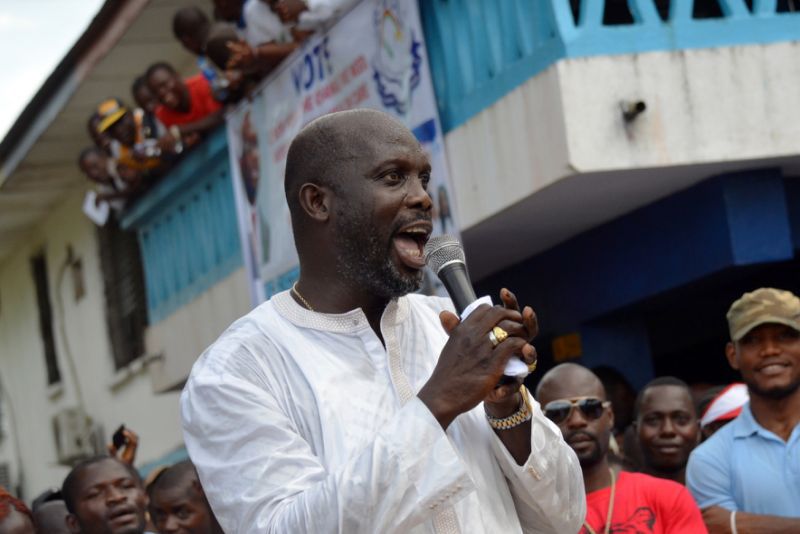 The General Overseer of the Action Chapel International, Archbishop Nicholas Duncan-Williams, has arrived in Liberia, ahead of the swearing-in ceremony of president-elect George Oppong Weah.

The event is scheduled to take place today Monday, January 22, 2018.

Few hours ahead of the ceremony, Archbishop Duncan-Williams, has been captured in images, exchanging pleasantries with Liberia’s incoming leaders.

However, ahead of the ceremony, Jarvis Witherspoon, Chief of Protocol, has confirmed the impending arrival of eight African heads of state, a special delegation of the Federation of International Football Association (FIFA), and special envoys from the U.S., France and the United Nations (UN).

Witherspoon made the disclosure at the Information Ministry press briefing in Monrovia where he disclosed that several former African heads of state, members of the diplomatic corps, and members of the 53rd and 54th National Legislature, government officials, soccer players among others will grace the inauguration.