Abuja – The All Progressives Congress (APC) on Saturday said attacks by the Peoples Democratic Party (PDP) on the war against corruption being waged by President Muhammadu Buhari led-administration were futile.

This is contained in a statement released in Abuja by APC’s Assistant Director (Publicity), Mr Edegbe Odemwingie.

The statement said that the party was aware of the plot by PDP and its agents to stampede and blackmail anti-corruption agencies over ongoing corruption cases.

“In three orchestrated press statements issued on Friday, Deputy President of the Senate, Ike Ekweremadu and Ekiti state governor, Ayodele Fayose, among others, alleged plans by the APC and President Buhari’s administration to silence the opposition through a selective anti-corruption fight.

“Also, the acting National Chairman of the PDP, Uche Secondus, on Friday accused the APC of attempting to turn the country into a one party state.

“The APC urges anti-corruption agencies not to be distracted by these syndicated and coordinated attacks and continue to employ all legal and legitimate avenues to bring to book all looters of our common wealth.

“It is clear that the PDP is out of sync and out of step with the generality of Nigerians on the clamour to bring to book all looters of public funds; the days of impunity are over.

“It is, however, reassuring that in spite of desperate and shameless attempts by the PDP and its agents to discredit President Buhari’s anti-corruption efforts, the war against corruption is being won,’’ it said.

The party described as “conspiracy theory’’ the allegation by the PDP that Buhari was fighting a selective war on corruption.

It said the PDP could not dictate to the present administration and advised all those with pending cases with the anti-graft agencies to cooperate.

According to it, the position of the APC has not changed.
‘’For the umpteenth time, if the PDP has any proof of corruption against any APC member as alleged, we advise that they approach any of the anti-graft agencies constitutionally mandated to handle such cases.

“The ongoing war against corruption is not selective. Anybody guilty of corrupt practices must face the law.

“The political will and sincerity of purpose of the present administration to tackle corruption from the roots to the upper echelons, no matter whose ox is gored, is unwavering.

“We advise individuals being investigated on corruption charges to cooperate with investigators instead of declaring innocence on newspaper pages and other media outlets’’.

The statement pointed out the opposition could not dictate how the present administration and anti-corruption agencies carried out their legitimate duties of catching looters of public funds, as long as it conformed to the rule of law. 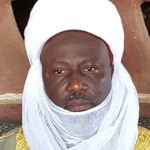