Pope Francis(right) in confrontation with the police on Friday

A man has been arrested for claiming he had a plan to remove President John Dramani Mahama from office and would be sworn in as president of the Republic of Ghana on Saturday, September 19, 2015.The man, who gave his name as Pope Francis, is believed to be in his 40s and may be mentally challenged.

He is presently being held at the Cantonments Police Station in Accra.

Even though all the rooms were fully booked, he could not be turned away and so the staff offered him a small space where he could pass the night till the following morning.

Soon, this guest became a suspect as he began narrating to a worker of the facility what his intention was.

“I would be declared president on Saturday. All I need to do is to have an eight-hour sleep and the mission will be accomplished. Everything is set and TV3 has been informed,” he reportedly told the bemused staff, stressing that he would head for the TV3 premises in the morning, where he would declare himself president.

The eyewitness said the Guest House staff shared with him the conversation ‘Pope Francis’ had had with him (staff).

He said the staff (whose name he could not disclose) was a bit alarmed, recalling the recent Charles Antwi episode and the ongoing coup d’Ã©tat in neighbouring Burkina Faso. He insisted the matter be reported to the police.

An initial call to the CID Headquarters nearby yielded no results because there were no men to help the situation.

A call was therefore placed to the Nima District police who linked the caller to the Rapid Deployment Force.

Three policemen swiftly arrived and whisked ‘Pope Francis’ away but they did not have it easy as it took them over 20 minutes to get the ‘president-to-be’ into their van.

When DAILY GUIDE asked the eyewitness why it was necessary to alert the police as the man seemed mentally deranged, he said the staff posited, “I felt I had to take action to sort out the issue in case it was not just a matter of mere lunacy.

“The guy battled with the police all the way to the vehicle.”

According to the eyewitness, ‘Pope Francis’ insisted that he would not go to the police station due to ‘national security’ reasons, stressing that it was not safe for him to leave the Guest House and that he must be declared the president in the morning of last Saturday.

He was subsequently jailed for 10 years for unlawful possession of firearm before he was freed on appeal. He is currently undergoing mental examination at a psychiatric hospital. 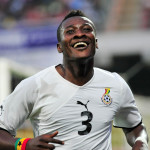