Astute Lawyer and Lecturer Ace Annan Ankomah has said undercover Journalist Anas Aremeyaw Anas has no fear going to jail, after being sued in court following his exposé that established the complicity 34 Judges in massive bribery.

According to him, Anas will be happy being imprisoned over this matter that has unraveled rot in Ghana’s judiciary, as his incarceration will boost his profile and also allow him uncovers more wrongs in our prisons.

One of the accused High Court judges Justice Paul Derry in the Judges Scandal who were caught apparently taking bribe money in the latest scandal of corruption in Ghana’s judiciary has officially sued the investigative journalist over the act.

The accused Justice is currently seeking 17 reliefs from Accra Fast Track High Court. Among his noticeable request is “A declaration that the 1st Defendant (Tiger Eye PI) obtained the contents of the audio-visual recording unlawfully.”

However speaking on Joy FM’s News analysis show News File, Ace Ankomah stated that knowing the ‘heart of steel’ Anas has ,he will not be perturbed and cowed by the suit, adding that the investigative journalist will continue with his crusade to rid the judiciary of all corrupt characters.

“You must know Anas to appreciate the kind of person we’re are talking about. Jail Anas, he doesn’t care the least, in fact there is a part of me that says Anas will be very happy in jail about this matter. For him it is not a worry at all, he will uncover more ills when he’s jailed”.

Ace Ankomah said per his analysis and assessement of the case, it will be very difficult for Anas to be jailed for any wrong done.

“Why will a person like that go to jail? It is true that the offence of corruption is committed both by the giver and receiver, but it is to deal with situation like this that the Attorney General has the discretion to decide who to prosecute or not. We as a Ghanaian have passed the Whistle Blower’s Act that the person who does this has some immunity. And what is worse, we’re going to set up a fund to pay such a person, that is our law so where from the fear that Anas could jailed. So on both the law and what we have all agreed to, I don’t see how he can be jailed for this exposé. 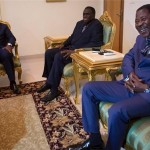