He has collaborated with the likes of Sorious Samura, a Sierra Leonean journalist who is best known for two CNN documentary films; Cry Freetown and Exodus from Africa and other world known investigators to undercover mysteries and expose corrupt individuals in Africa and beyond.

But did you know Ghana?s President, John Dramani Mahama has also worked together with the legendary Anas Aremeyaw Anas in one of his undercover works?

Yes, President Mahama has once worked with the ace investigator ? this was revealed by Anas Aremeyaw Anas in an interview with Ghanaian International journalist, Jefferson Kwamina Sackey on ?Jefferson Reports?.

According to Anas, the ?Bole Rebel Raid? in April 2005 was a collaboration with then John Dramani Mahama as Member of Parliament for Bole ? Bamboi in the Northern region.

??In fact, I did that story with the president, Yes John Mahama. We did the investigation together,? he said.

Anas noted that he would ?think twice? to do such undercover work again after describing the ?Bole Rebel Raid? as a ?dangerous? assignment.

?I went into Bole, and one chief was abducted. Because the president was the MP when the brouhaha started during President Kufuor?s administration. We [Myself and President Mahama] went back to retrace and he [President Mahama] had a camera in his hands to film all those pieces. You can ask him [Prez Mahama], we did that investigation together,? he noted.

?I think that he still has his videos clips because he shot them. That story was dangerous especially when I was given a good chase from C�te d?Ivoire and ended up in Ghana,? he added. 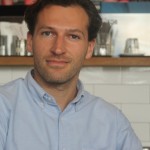