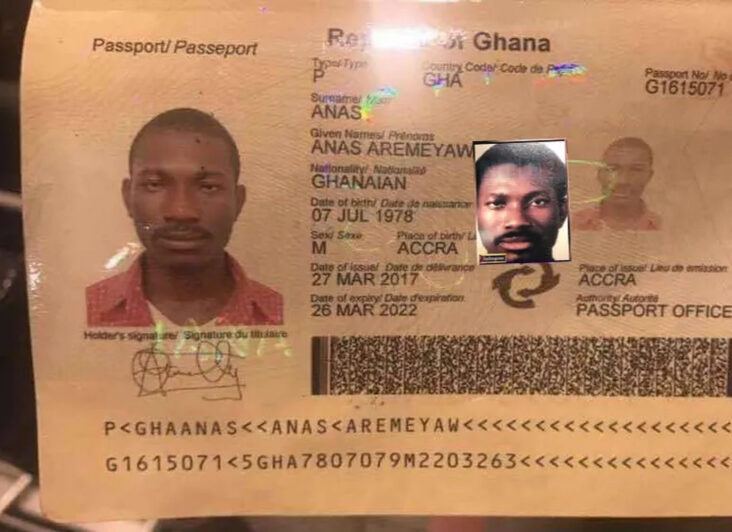 The passport details of controversial investigative journalist Anas Aremeyaw Anas has once again gone viral on social media after his latest video aired.

The passport which bears his real name and face, has Anas Aremeyaw captured as his Surname while Anas is his first name.

This was after his Service passport issued by the John Mahama government had expired in 2017.

Currently, MyNewsGh.com understands the journalist has been issued another passport which is due to expire in 2032 March.

Many hundreds of patrons walked out of the Accra International Conference Center (AICC) on Monday night with disappointment and questions for Anas.

A week before the premiere of the Galamsey Economy Video, Tiger Eye PI announced what people should expect in the exposé but that was not what happened.

Many looked forward to finding out who the private legal practitioner and the chief mentioned in the post made by Anas Aremeyaw Anas on Facebook were.

But unfortunately, none of those persons who were shown in the supposed investigative teaser article featured.

Anas Tiger Eye investigators posed as businessmen in a hotel room in the United Arab Emirates and entrapped Minister of State at the Ministry of Finance Charles Adu Boahen, a lawyer who Anas claims said he introduced Adu-Boahen to politics and a Chief.
READ ALSO: GYEEDA Scandal: Persons involved were NDC Financiers – Elvis Afriyie Ankrah confesses

“A senior solicitor and a traditional chief, said he was not in the position to control or suggest a package for the President of Ghana, H.E Nana Addo Dankwa Akufo-Addo and the Vice President, Dr Mahamudu Bawumia, in a meeting in a hotel room in the United Arab Emirates. 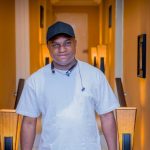