Investigative Journalist Anas Aremeyaw Anas has been summoned to appear before the five-member body hearing impeachment petition he filed against 34 judges in Ghana.

The undercover Journalist in a two-year investigative piece has established the complicity of some 34 Judges who have been found neck deep in corrupt activities in cases they presided over.

Some of them took bribes in the form of money and foodstuffs and left suspects off the hook.

Currently twenty-two of the judges – mainly magistrates – are on suspension, while 12 high court judges were expected to file their written responses to the petition by close of Monday, September 14.

Anas will be in court for the first time today since the hearing started to testify as well as be cross-examined by the counsel of the accused judges.

In a related development, one of the High Court judges, Justice Paul Derry has sued Anas over his findings.

He is seeking 17 reliefs from the Accra Fast Track High Court. Among his prominent request is “A declaration that the 1st Defendant (Tiger Eye PI) obtained the contents of the audio-visual recording unlawfully.”

The suit was filed on, Monday, September 14. The Attorney General and the Chief Justice were also sued as defendants. 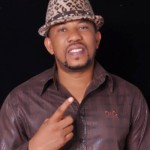