The Supreme Court judgment of last Friday that recognised the Peoples Democratic Party, PDP, executive in Anambra State putatively led by Chief Chris Uba has again exposed the fault lines in the opposition party in the state.

Anambra State was jolted Friday last week when the people received information concerning the judgment of the Supreme Court reinstating the faction led by Chief Ejike Oguebego as the authentic state executive of the Peoples Democratic Party, PDP.

For years, Oguebego, who has Chief Chris Uba as the leader of his group and Prince Kenneth Emeakayi, who led another faction of the party and supported by the national leadership of PDP, had been in and out of court, fighting for the control of the party machinery in Anambra.

The political battle usually heightens during elections when the issue of nomination of candidates takes the center stage.

It was therefore common in Anambra to see the factions conducting their primaries and rushing to the Independent National Electoral Commission, INEC, with their lists for approval.

During the 2015 general election, INEC initially accepted the list submitted by Oguebego only to drop it and used the one brought by Emeakayi, with the support of the National Working Committee, NWC, of the party in conducting the election.

When this happened, all those whose names were contained in the list compiled by Chris Uba and Oguebego, went home and relaxed because of the ruling of the Court of Appeal on the matter, upturning an earlier ruling of the Federal High Court which ruled that Oguebego is the authentic state chairman of the party.

However, not satisfied with the ruling, Oguebego went to the Supreme Court and the outcome was the setting aside of the ruling of the Court of Appeal.

During the election, PDP won the three senatorial seats and nine out of the House of Representatives seats, while APGA won two. Indeed, it was thought that everything about the leadership was settled as the Emeakayi –led group has been very active in the state. Before the Supreme Court bomb shell, Emeakayi had set machinery in motion to conduct primaries to select the candidate for the Anambra Central rerun and what delayed it was the detention of the party’s national publicity secretary, Chief Olisa Metuh by the Economic and Financial Crimes Commission, EFCC.

In fact, after the submission of the list of candidates for the election last year, all those candidates in the Oguebego faction went about their normal businesses and most of them did not even work for their colleagues during the campaigns.

At the weekend, it was discovered that most of them had gone back to their businesses and were not in Anambra State when the Supreme Court delivered the judgment. Some of their friends said they were trying to reach them to inform them of the latest development.

Justice John Inyang Okoro, who read the Supreme Court lead judgment, faulted the Court of Appeal in setting aside the judgment of the Federal High Court, Port Harcourt which recognized the Oguebego-led executive as constituting the authentic leadership.

“The issue before the trial court was whether the 1st respondent (PDP) can rubbish the judgment/order of the court for whatever reason and set up a caretaker committee, other claims notwithstanding.

”For me, I strongly hold the view that there is no dispute on the relevant/essential facts grating the claims of the appellants which relate to the determination of the action of the 1st respondent in setting up a caretaker committee of the PDP, Anambra State chapter during the pendency of the judgment/order of the Federal High Court, recognizing the appellants as the persons duly elected to that position.

“The 1st and 3rd respondents (PDP and Chukwudi Okasa) have tried to raise issues which tend to show that there are conflicts as to facts. I do not see any. Those facts which seem to cause disputes are not relevant to the determination of the main issue before the court. As it stands, it is clear that the court below premised its decision on this issue on a wrong appreciation of the claim of the appellants before the trial Federal High Court.

“Having resolved all this five issues in favour of the appellants, I hold that there is merit in this appeal which is hereby allowed. The judgment of the Court of Appeal is hereby set aside. The order of the Federal High Court in suit No FHC/PH/213/2013 recognizing the Ejike Oguebego-led Executive committee of the PDP, Anambra chapter is still subsisting until it is set aside by an order of the court.”

However, confusion reigned from the time the people received the news of the Supreme Court judgment as arguments for and against took the center stage.

Mr. Emanuel Ezeka, a retired civil servant said it would appear that the judiciary is encouraging PDP to factionalize in the state, which encouraged the party to field multiple candidates during elections because members of the party knew that either way, the party would be declared winner.

The import of the judgment has, however, sent confusion among stakeholders. Initial news reports that the judgment meant the sack of the two remaining senators from the state, Senators Andy Uba and Stella Oduah and the nine House of Representatives members elected on the party, the legislators were quick to rebuff that point.

Indeed, Chief Chris Uba, younger brother of Andy Uba who is himself the main man backing the Oguebego faction was quick to ask his brother and all the other legislators backed by the Emekayi faction to quit.

It was gathered that Senators Uba and Oduah, as well as some of those affected in the House of Representatives, had written INEC asking it not to heed the pleas of the Chris Uba led faction to issue those in rival group certificates of return. As far as they were concerned, the judgment of the Supreme Court did not sack them. 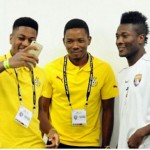