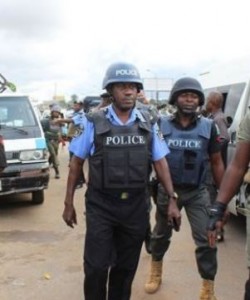 Vanguard gathered that Karma’s order came after hearing from both the owner of the house that was set ablaze, Hon. Innocent Ilechukwu and the suspects.

The state Commissioner of Police was said to have sent a team of police investigators to the scene of the incident and after a thorough investigation, he reportedly ordered for the release of the suspects based on the report of the investigators.

Hon Ilechukwu had accused a former law maker in the National Assembly, Hon. Christian Okeke, his younger brother, Chibuzor and one Anikpe of razing his house and called for their arrest and prosecution.

However, Hon. Okeke in reaction accused Hon. Ilechukwu of deliberately setting his own house ablaze to divert attention and turn around to accuse them because they are principal witnesses against him in a case of murder allegedly involving him and others.

Ilechukwu, however, denied burning his house.

Confirming the release of the suspects, the state Police Public Relations Officer, PPRO, Mr. Ali Okechukwu confirmed their release but noted that “the fact that the suspects were released, does not mean the matter is closed, they can be called upon any time on the matter or rearrested over the matter,”