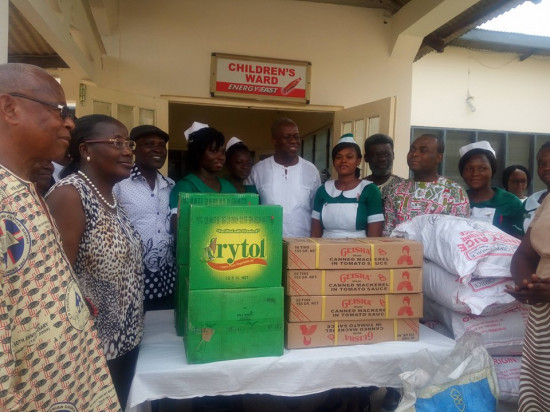 Smiles were put on the faces of children on admission at the Ho Regional and Municipal\Hospital on Christmas Day when the former Vice-President, Mr Kwesi Amissah-Arthur, and his wife, Matilda, spent the day with them at the hospital.

The couple were accompanied by the NDC MP for the Area Benjamin Kpodo Hon and went round the various wards to interact with the patients on admission and to wish them well.

They presented assorted gifts such as fruits, drinks, biscuits and bags of rice to the children and staff of the hospital.

The gesture, according to Mrs Amissah-Arthur, was in recognition and appreciation of the hard work, dedication and sacrifice of the hospital staff.

Speaking to press men after the presentation she said It is an annual ritual for the second couple to spend Christmas Day with children on admission at some hospitals or orphanages.

The couple particularly visited the children’s wards at the hospital where they interacted with the children on admission and also gave them gifts. Presentation.

The Medical Director of the Volta Regional Hospital, Dr John Tampuori thanked the former Vice President and the Wife for the donation.

He stated that very soon their Cadio centre will also be ready to help ease the pressure on korle Bu.

He said demand for the services of is high with the rate at which patients being referred to the Korle Bu teaching hospital every month for such services.

He, therefore, assured that the installation of the equipment will bring relief to kidney patients and sag them the cost and risk of traveling to Accra weekly for treatment.

He thanked the couple for the gesture and urged them to frequently visit the hospital. 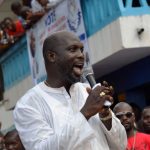